Visiting Mulhouse with a local

Everyone I know from Alsace told us not to visit Mulhouse because it was not worth it. Well even though Mulhouse is very different than Strasbourg or Colmar, the city centre still is very nice and worth a visit if you have some time to spare on your Alsace itinerary. 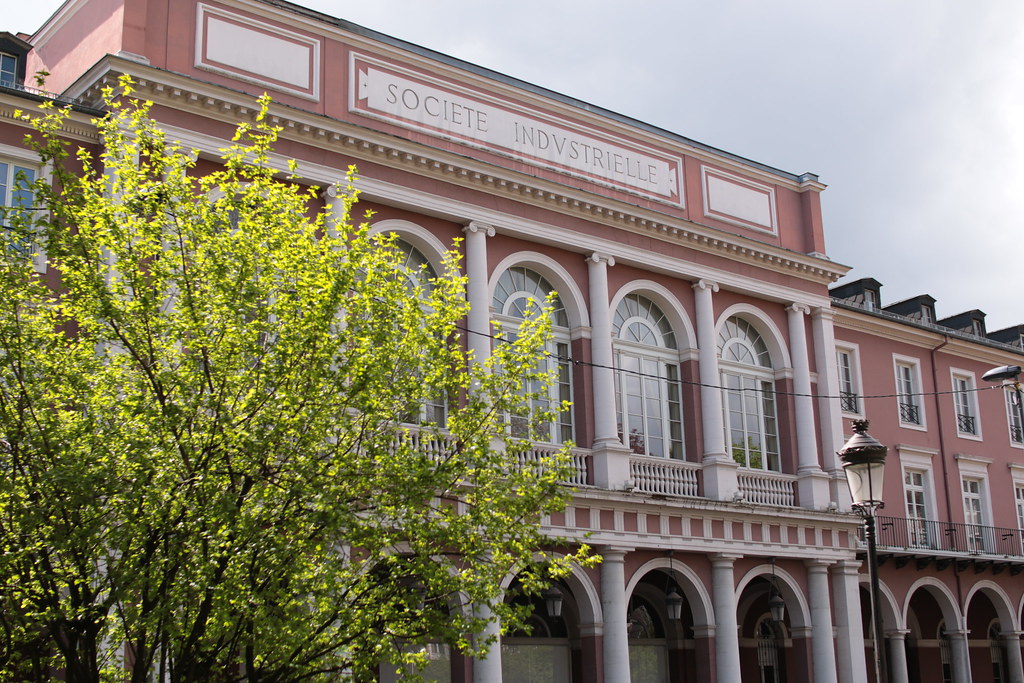 In Mulhouse, you won’t see the colourful timbered houses that you can see in Strasbourg, all along the Alsace Wine Route or in Colmar. The architecture is completely different, partly because the city has been destroyed during the War. You will still find the same colourful façades though, cities in Alsace seem to always be colourful ! 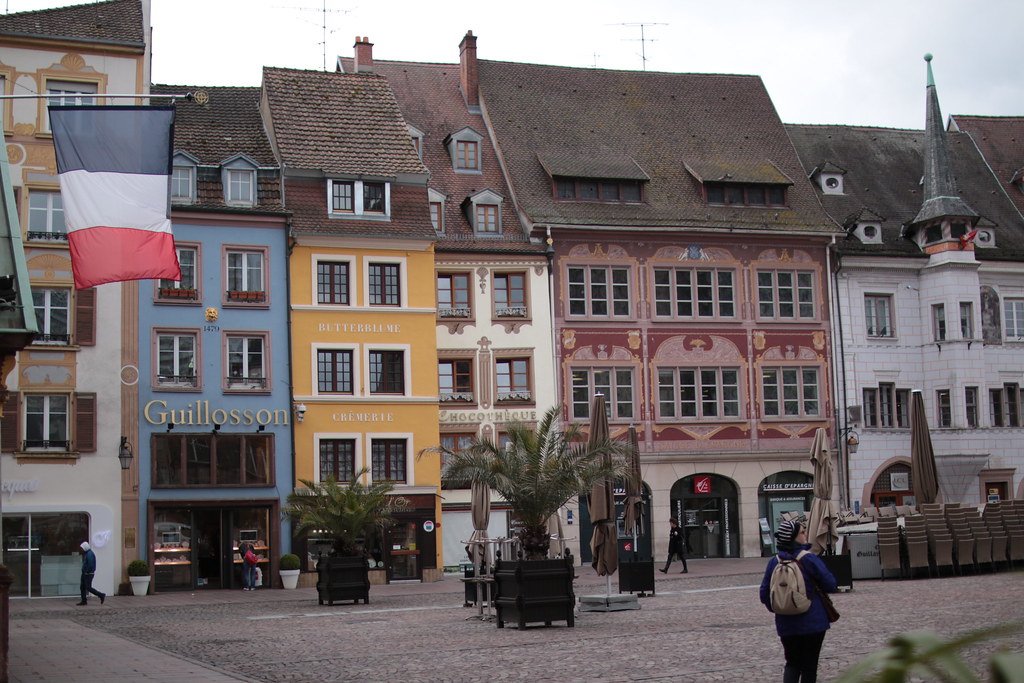 We were guided by Marie who is part of the Greeters community. I didn’t know about the Greeters until then and this is definitely something we will do again. Greeters are volunteers who show you around their city for free and guide you through special places that you could have missed if you were on your own, and more especially they are not so much of a tour guide but more like a friend you just met. To us, it is a concept very close to Couchsurfing and we are totally fond of it. 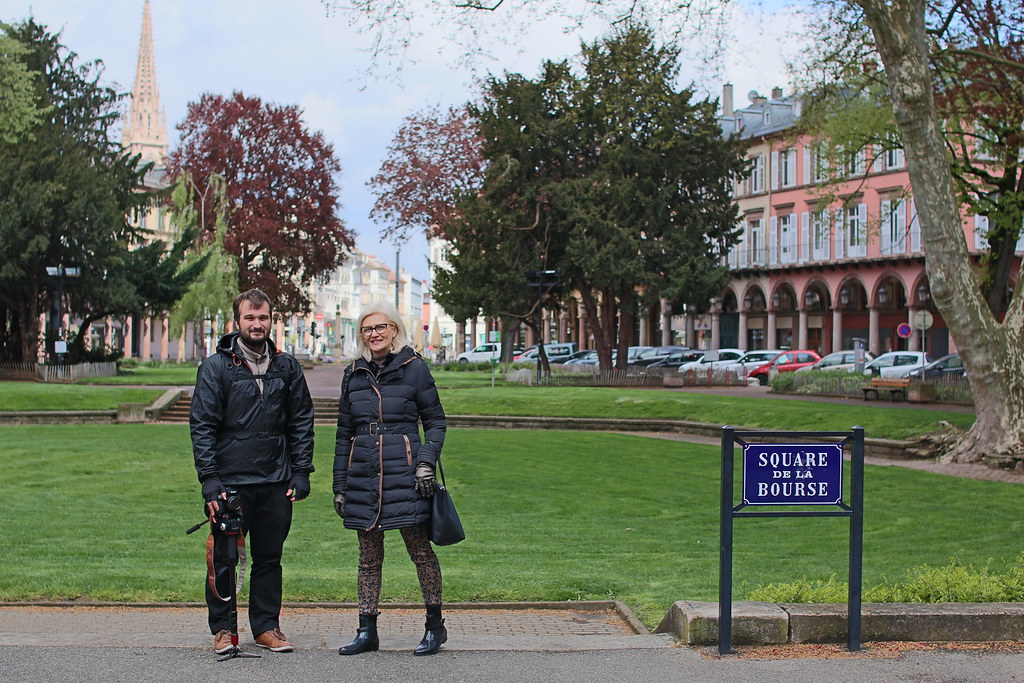 We met at the Musée de l’Impression sur Etoffes, the Museum of Printed Textiles, which is a landmark in a city marked by the textile industry. Mulhouse was a strategic place to develop the textile industry in terms of geography and central position on the frequented routes. As an independant city for a long time Mulhouse started producing printed textiles in the 18th century and saw a big development with the arrival of industrialisation. 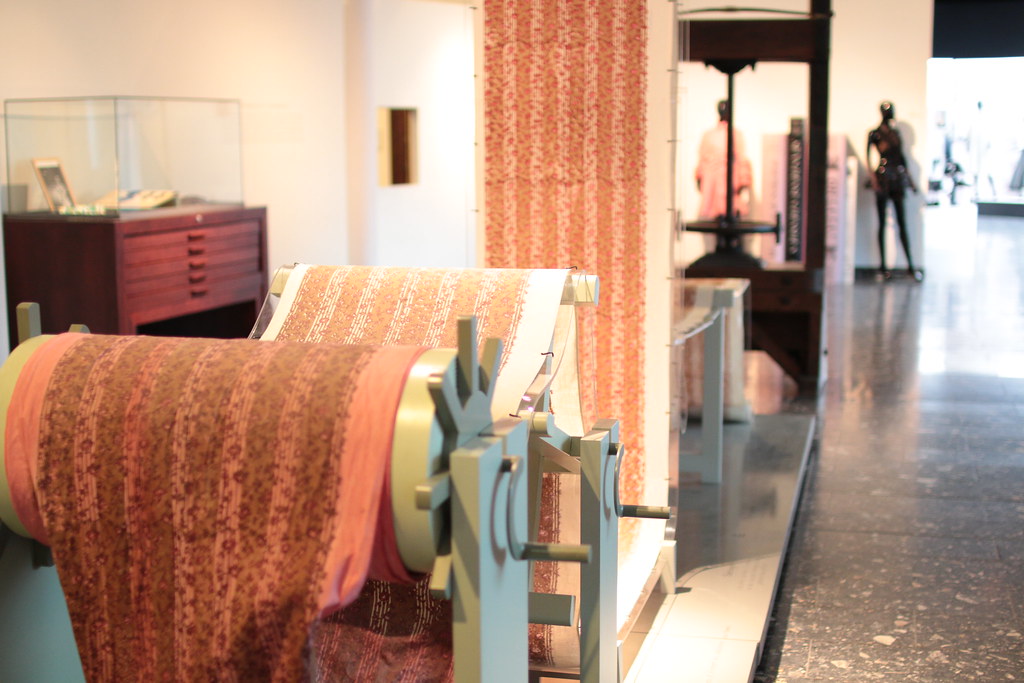 Marie showed us an example of a print on textile she made, with the oldest stamp in the museum. It is a beautiful piece made with the colour red, emblematic of the city of Mulhouse. 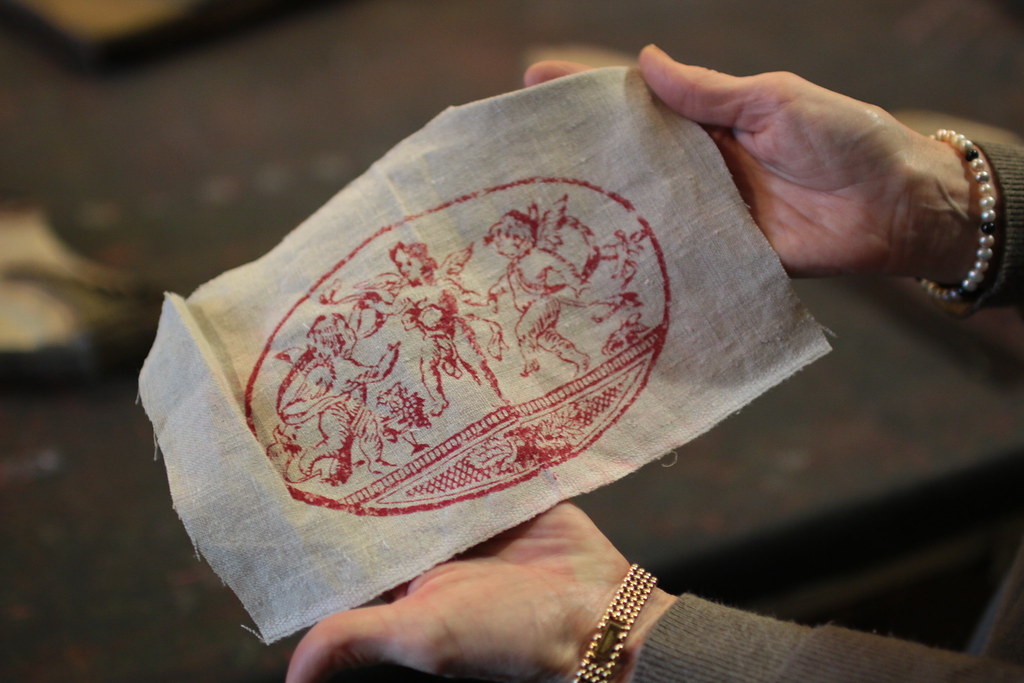 We also got a quick glance at the Chantal Thomas exhibition, showcasing all kinds of lingerie and magnificent pieces. 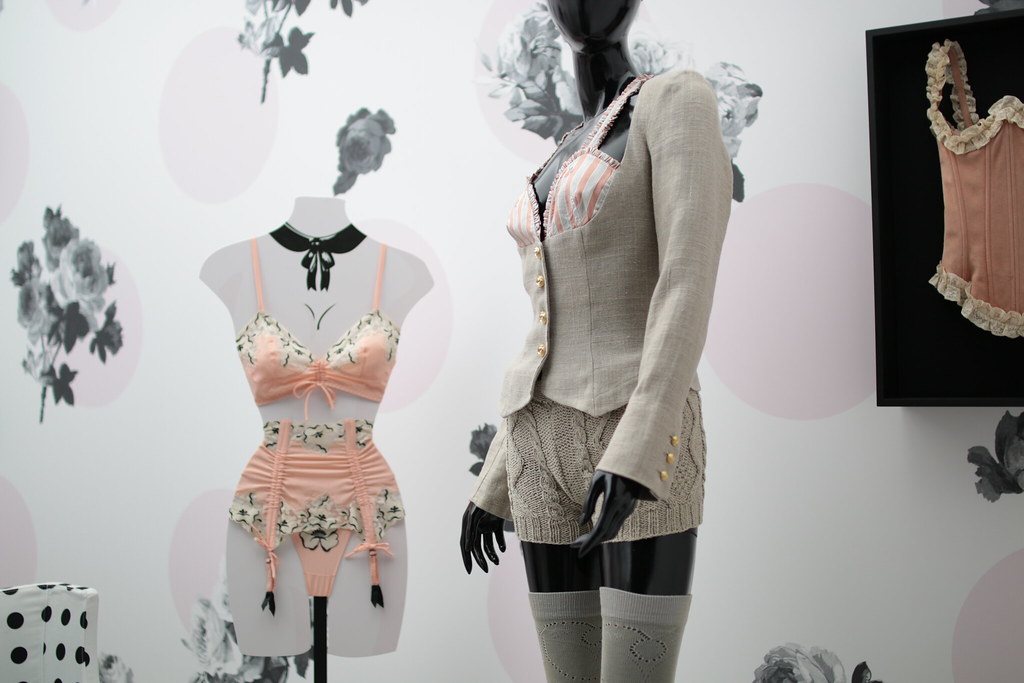 You will spot many of these carriage doors in the city centre of Mulhouse, they are the remains of the textile industry houses, they were used for carriages delivering the fabrics. 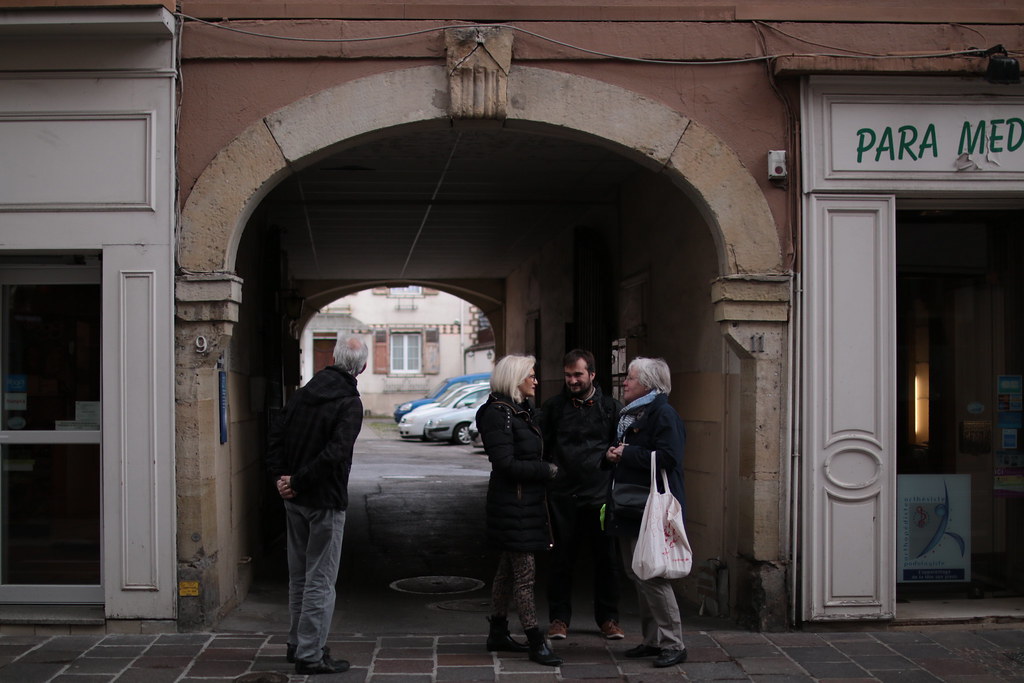 What we loved probably the most were the manors and houses, formerly inhabited by the masters and owners of the textile factories. Especially in the hills overlooking the city you will surprise yourself dreaming about buying one of these magnificent houses ! Here is an example we passed by in the city centre, this one is the Villa Mantz, dating from 1845. 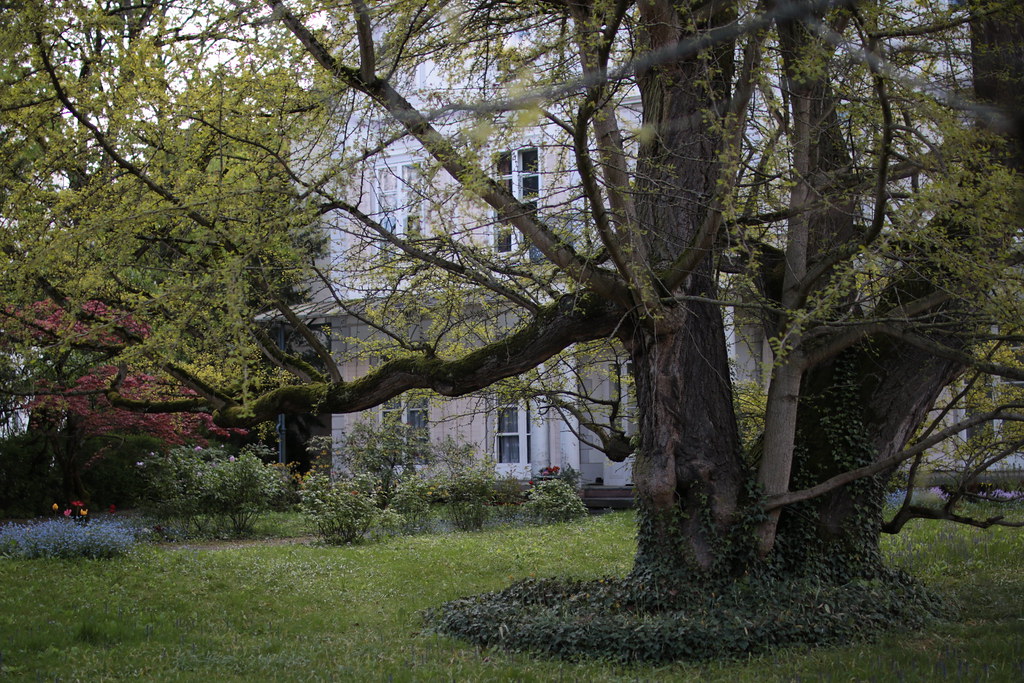 Mulhouse is one these cities usually said to be not as pretty as others in Alsace because of its industry past, but let me tell you I got a totally different feeling about it and would have loved to stay a little longer to explore more of it.

Have you ever been to Mulhouse ? What did you think ? Tell us in the comments below !