Stockholm has so many attractions and museums it can be difficult to decide which one really are worth visiting, especially if you have limited time in the city.

We were in Stockholm in July to attend Tbex Europe and got a little time to explore the city and its cultural sites.

We personally are more into ancient art and architecture but we are always open to new discoveries and visiting museums and attractions we wouldn’t have normally chosen.

The great thing about museums in Stockholm is that there is something for every taste and every budget. Some of the museums we have listed there are free, some are cheap, some can be expensive.

But one thing for sure is that they all are worth a visit and they are a lot of fun. 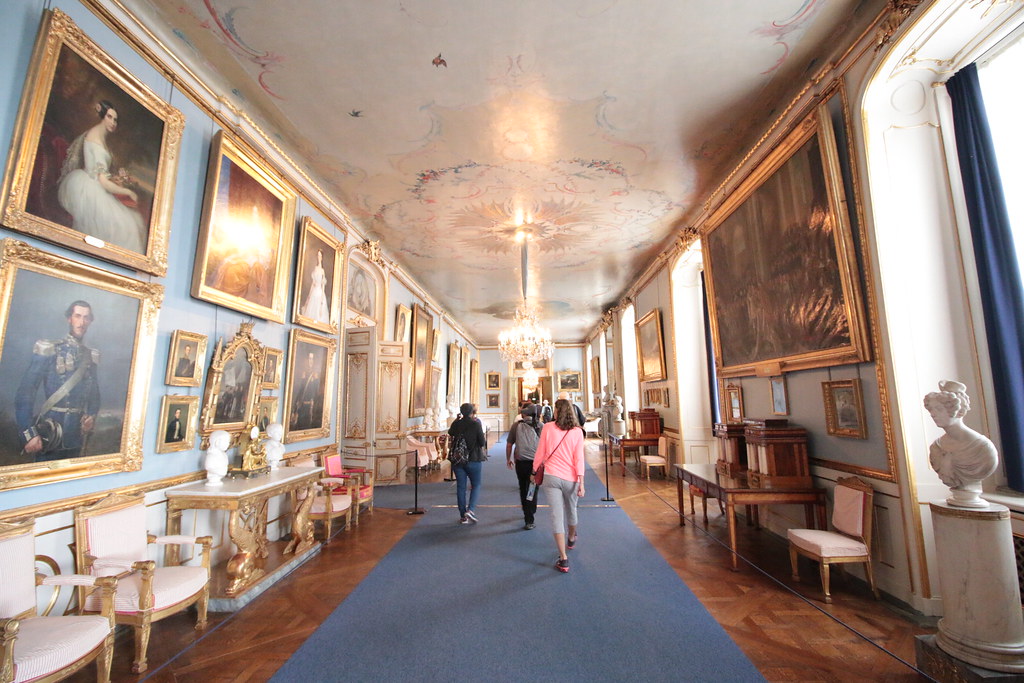 Stockholm Royal Palace is one of the largest palaces in Europe. Built in the 18th century, it is the official residence of the King of Sweden. Today, it is more a work place and office than an actual residence though, as the Royal family lives now in the suburbs.

I wouldn’t say the building itself is the most beautiful palace I have visited in Europe but the 18th and 19th century stunning interiors are well worth taking a look inside.

The palace has 600 rooms on 7 floors, with 3 museums displaying Stockholm‘s Royal history. Also, make sure not to miss the parade of soldiers and the daily changing of the guard. There is usually music and a marching band, it’s definitely a must see in Stockholm ! 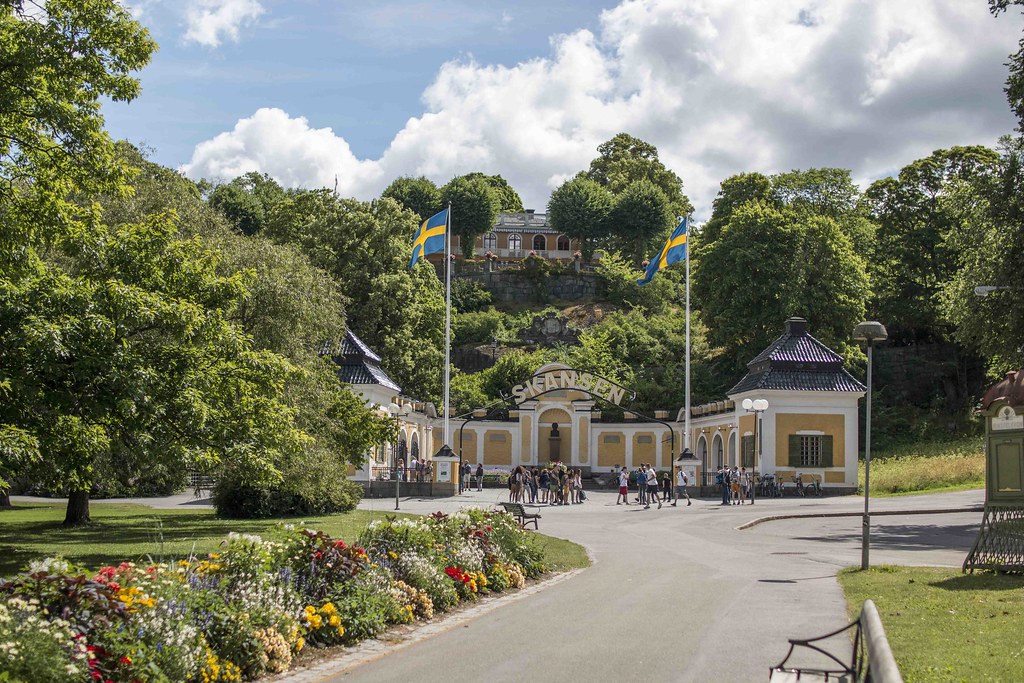 Don’t get fooled by the “Museum” in Skansen Museum, it is not exactly what you think it is. Skansen is an open-air folk museum, a.k.a. one of the most entertaining kind of museum !

Folk museums or écomusées were created in Europe during the 1970’s to preserve the traditional buildings, arts and crafts of a region or a country. Skansen is the first of his kind.

It displays 5 centuries of Swedish history through public buildings like schools and churches or private houses. It is a living village showcasing events and workshops. People dressed with real costumes play the roles of the villagers and invite the visitors to join them in their daily life tasks.

Skansen is not only a reconstructed village but also a zoo where you can encounter many animals that live in Nordic countries. It has also many cafes, restaurants, an open-air concert hall, an aquarium and great views on Stockholm city centre. It is a huge place to visit, make sure to allow yourself the entire day to visit ! 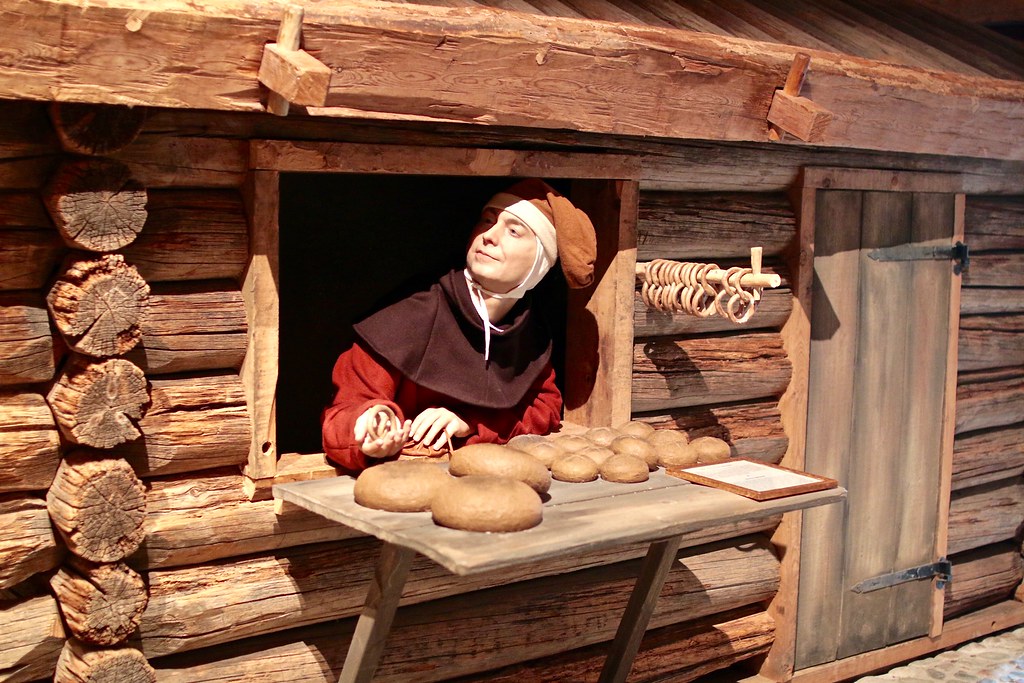 If you like history and want to learn more about Stockholm during the Middle Ages, you probably want to visit the Medieval Museum. And don’t be afraid to get bored or hesitate to bring children ! The Medieval Museum showcases the history of Medieval stockholm through lively and entertaining displays.

The museum is built around the largest archaeological remains found in Stockholm : the 16th c. town wall, a medieval graveyard and a war ship. The exhibition rooms showcases reconstructed houses, buildings and workshops just like as they were during the Middle Ages, as well as many materials for you to learn a lot about Stockholm’s past.

Oh, and did I mention it is free to visit ? 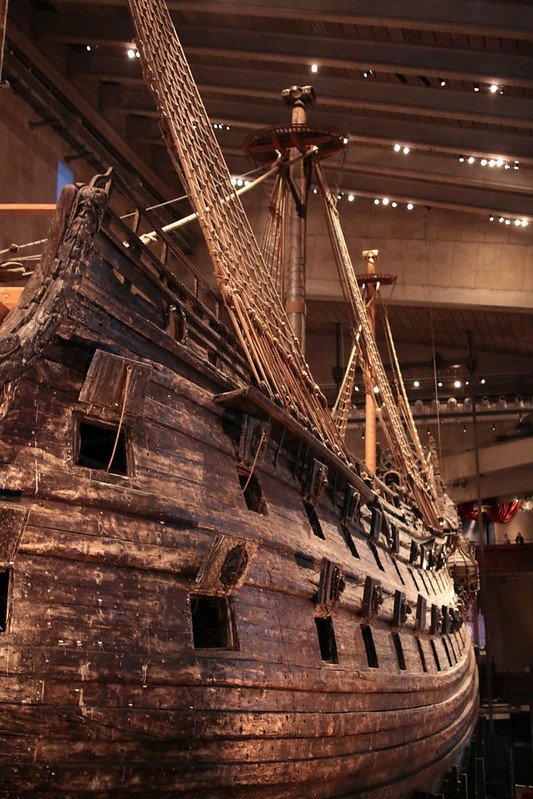 69 meters long and 52.5 meters high, the Vasa was armed with 64 guns and was supposed to count 145 seamen and 300 soldiers. The Vasa was built to impress. Not only with guns, but with abundant sculptures as well.

The famous Swedish warship never actually went to sea as it sank in in Stockholm’s harbour in August 1628, only 1 year after its launch. Only the guns were salvaged, the ship remained in the water for centuries.

After resting for 333 years under the sea, the Vasa broke the surface on April 24th 1961. The medias from around the world followed this memorable event. The brackish water and mud on the seabed had saved most of the Vasa.

But after the salvaging, the hazards were still considerable. A temporary museum was built around it, and the preservation and archeological excavation work started. The new Vasa Museum at Galärvarvet was opened by King Carl 16 Gustaf in 1990.

Now the Vasa Museum is one of Stockholm and Sweden’s most impressive and visited landmark. No wonder why, entering the museum and facing this gigantic almost intact 17th century warship, it is a jaw-dropping experience. 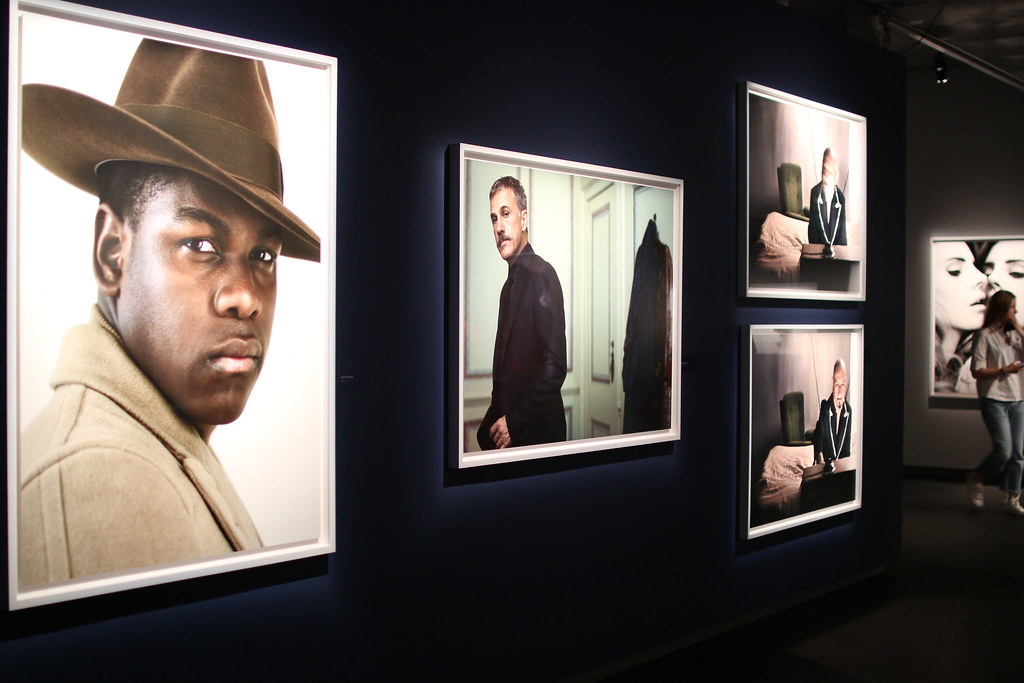 Passionate about Photography myself, I could not go to Stockholm without visiting Fotografiska, one of the city’s most popular attraction.

I particularly enjoyed the way the exhibition rooms were arranged and lit. The low light and pastel colours of the walls bring out the extraordinary work of the photographers on display.

We had the chance to see some Bryan Adams photos and an exhibition on Greta Garbo. Fotografiska is not just an Photography exhibition space, it’s also a learning centre where you can participate in Photography workshops and go to events.

And the icing on the cake : the incredible view you get from its cafe on the top floor. 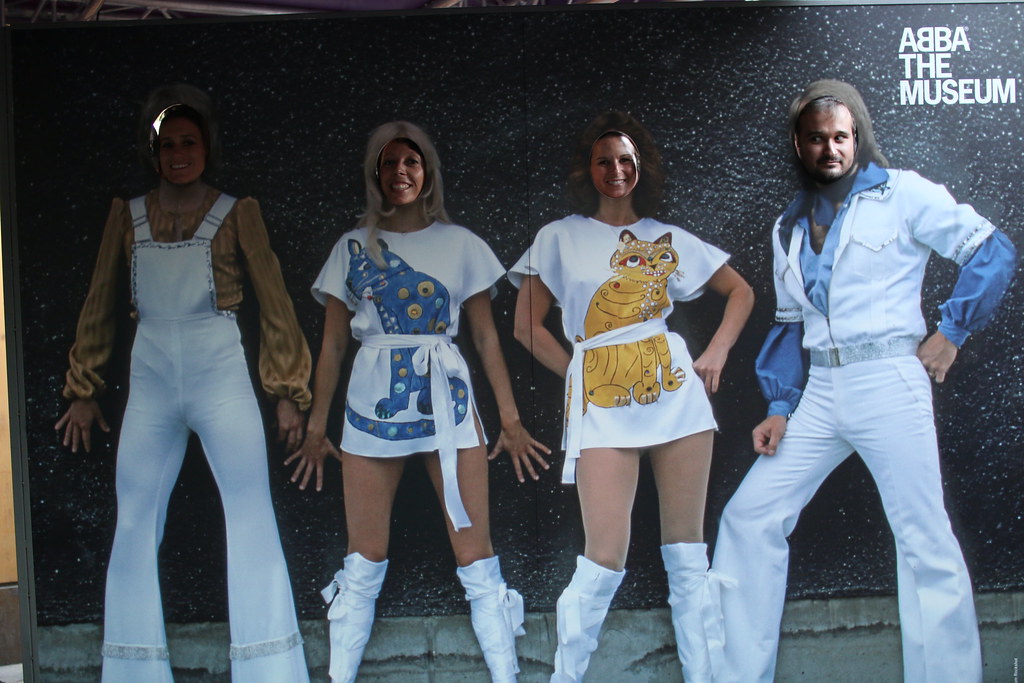 You can dance, you can jive, having the time of your life
See that girl, watch that scene, digging the Dancing Queeeeeeeeeeeen

Who doesn’t like Abba ?! I mean, Abba is probably what makes everyone dance at parties with no exception.

I don’t know about you but I’m not sure I would have visited Abba Museum on my own had it not been a part of a Tbex event. Well, it would have been a huge mistake.

Visiting Abba Museum was the highlight of our trip. So. Much. Fun. Actually I should rephrase. You don’t visit Abba Museum, you experience it, you dance it, you sing it.

Also, going there in the evening was the best idea ever obviously. I had the feeling we were partying or something. And you do party, you can perform on stage, you can dance and being recorded, you can show your moves on a dance floor, you can play instruments… How does that sound ??

Obviously this is only a fraction of the amazing tourist attractions and museums Stockholm has to offer but that’s all we were able to visit during our time at Tbex Stockholm. Next time, we’ll explore the rest !

•Skansen Museum : Open from 10 am to 4/8pm. Check out their website as the opening hours and admissions change depending on the season — 100-150 SEK for an adult ticket

•Medieval Museum : open every day from 12 except Mondays — Free entry

We want to thank Visit Stockholm for providing us our 2-days Stockholm Pass which enabled us to enjoy this amazing city !

Have you ever been to Stockholm or planning to go ? What museum did you enjoy the most ? Let us know in the comments !