Scotland Diaries #4 : from Oban to Edinburgh

We’ve been to a lot a places since we started our road trip around Scotland earlier this month : Cairngorms National Park, Loch Ness and the Outer Hebrides, but we didn’t really get to experience city life… Well, the lifestyle there is very enjoyable (at least in summer time) !

The ferry boat took us from Lochboisdale on the Uists to Oban, a small and genuine port town on the western shore, famous for its good quality fish (& chips) but also for its whisky !

Oban’s charming human scaled distillery gave us the best tour experience we had in Scotland & we had it for free, by simply registering on Malts.com. We got to taste a 10 yo whisky straight out of the cask and got to keep the whisky glasses ! 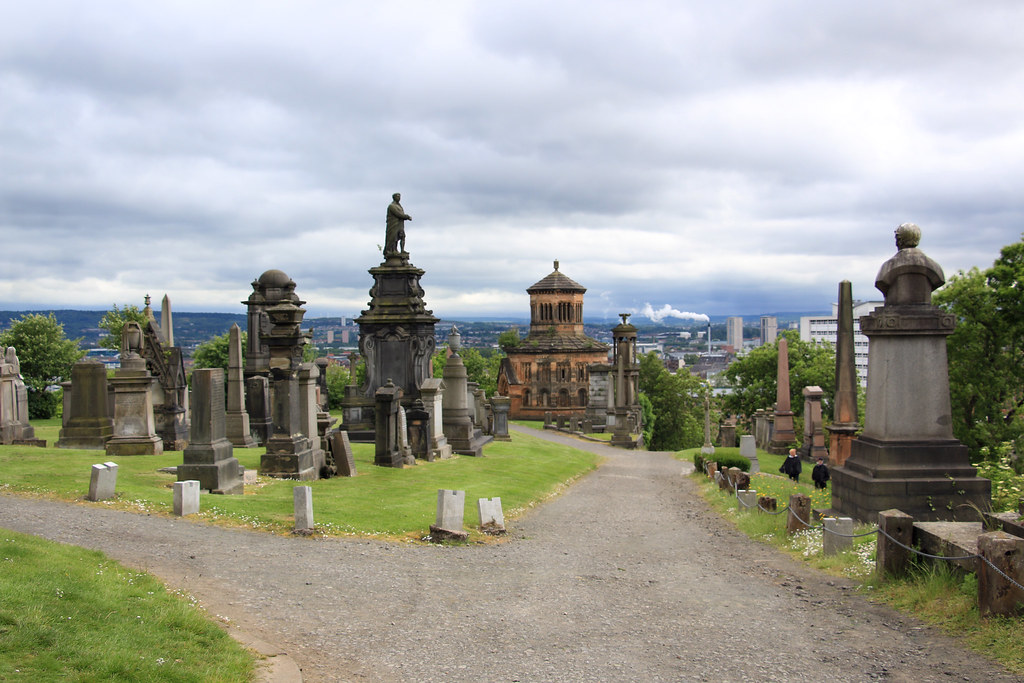 My favorite city in Scotland so far ! The experience was nice as we stayed at Kaaj’s (the girl we met on the ferry boat to Harris). Tom & Kaaj took us to a nice Indian restaurant just next by and we talked for hours about… everything that can be possibly talked about !

This former industrial but yet beautiful city presents a dynamic artistic scene that impacts every aspect of the city’s lifestyle, quite like Wellington, Berlin or San Francisco.

Prices are lower than anywhere we’ve been to in the UK, and this was quite enjoyable too… 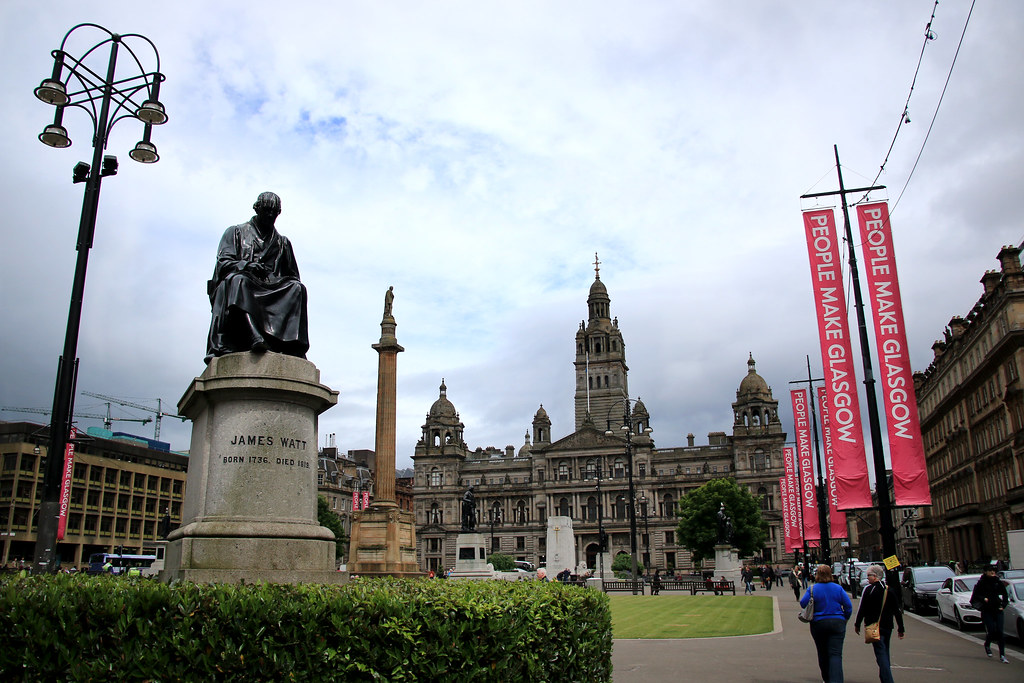 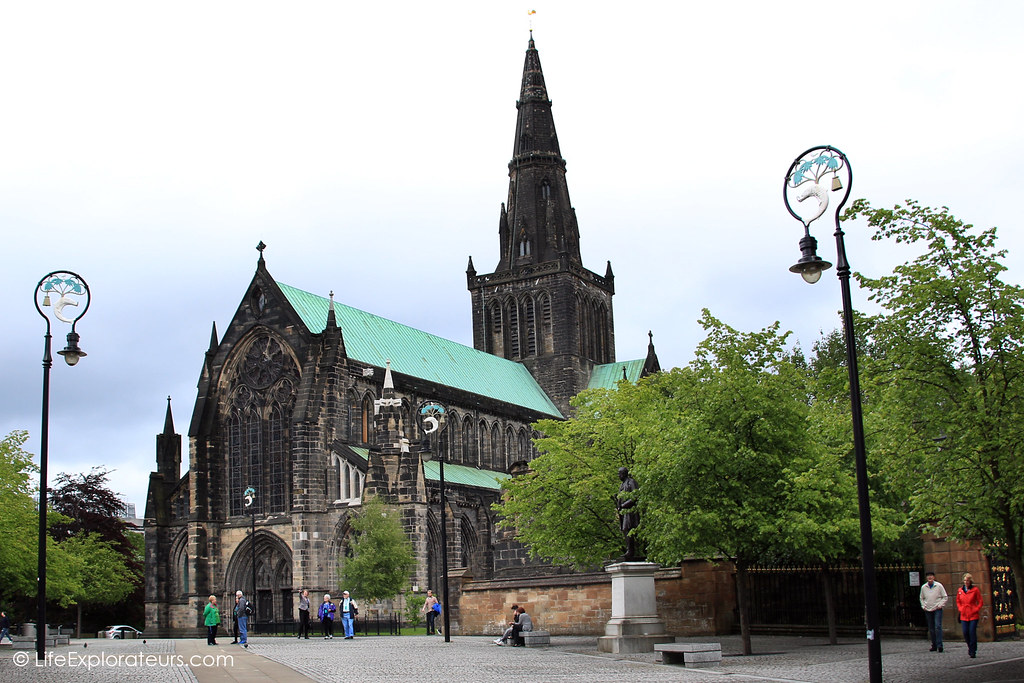 This is a quite touristic Loch, near Glasgow. We didn’t get to do much there, but it was definitely worth the drive. 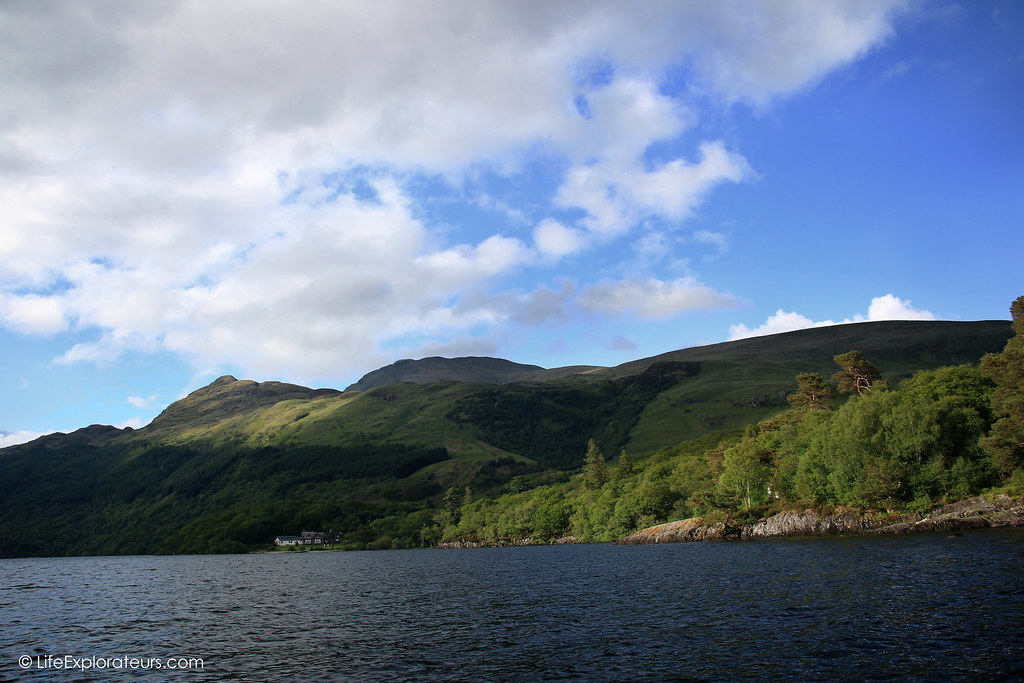 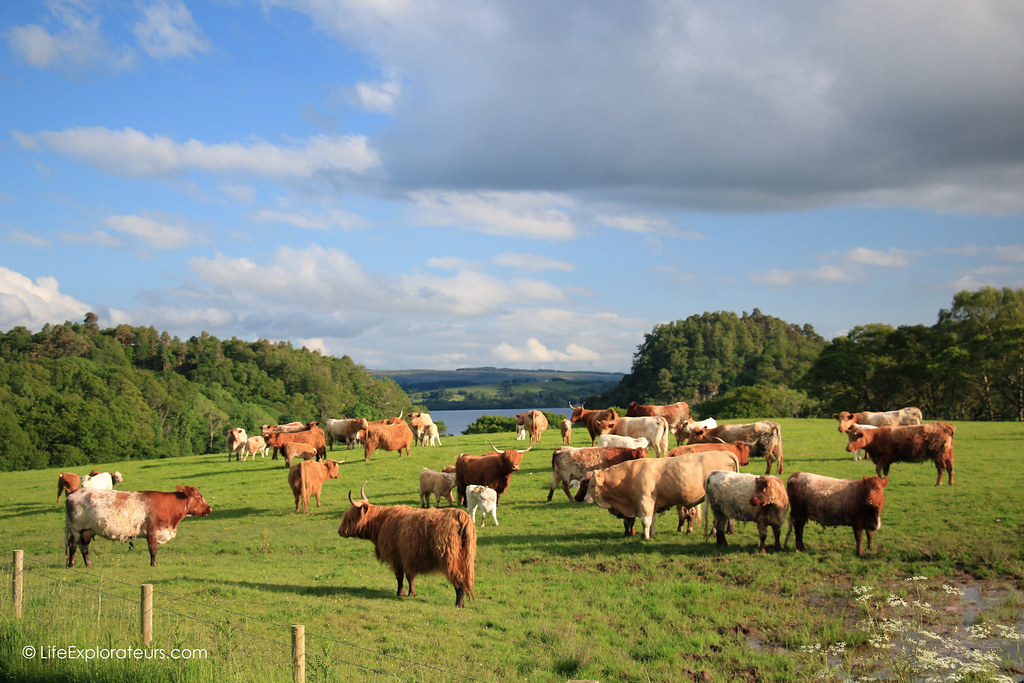 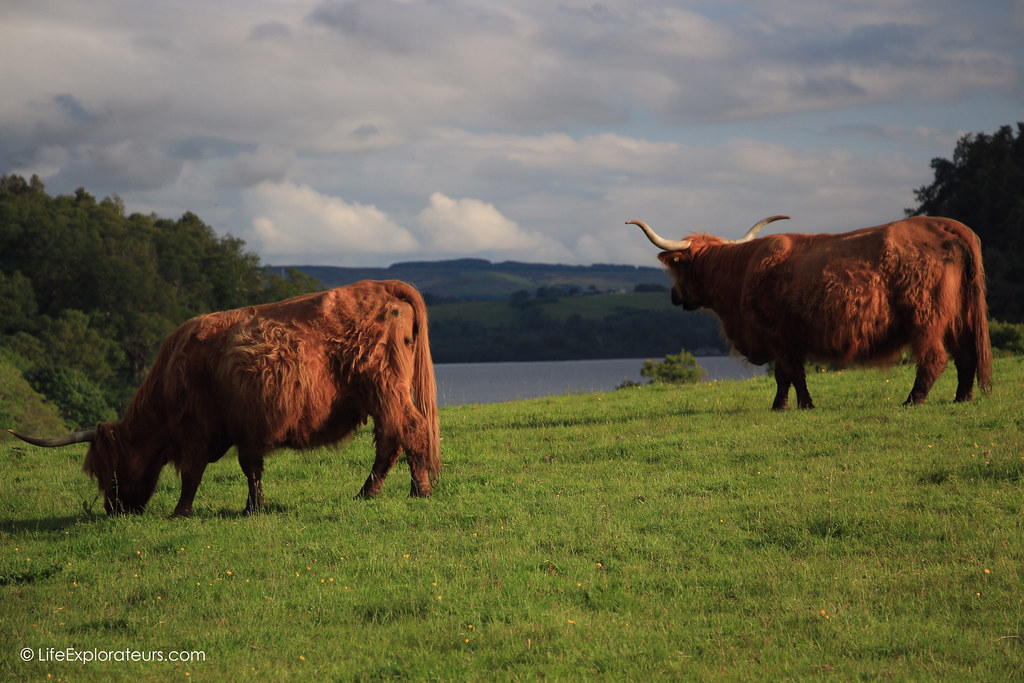 Stirling is only an hour away from Edinburgh, it was the setting of the battle between the Scots lead by William Wallace and the English in 1297. 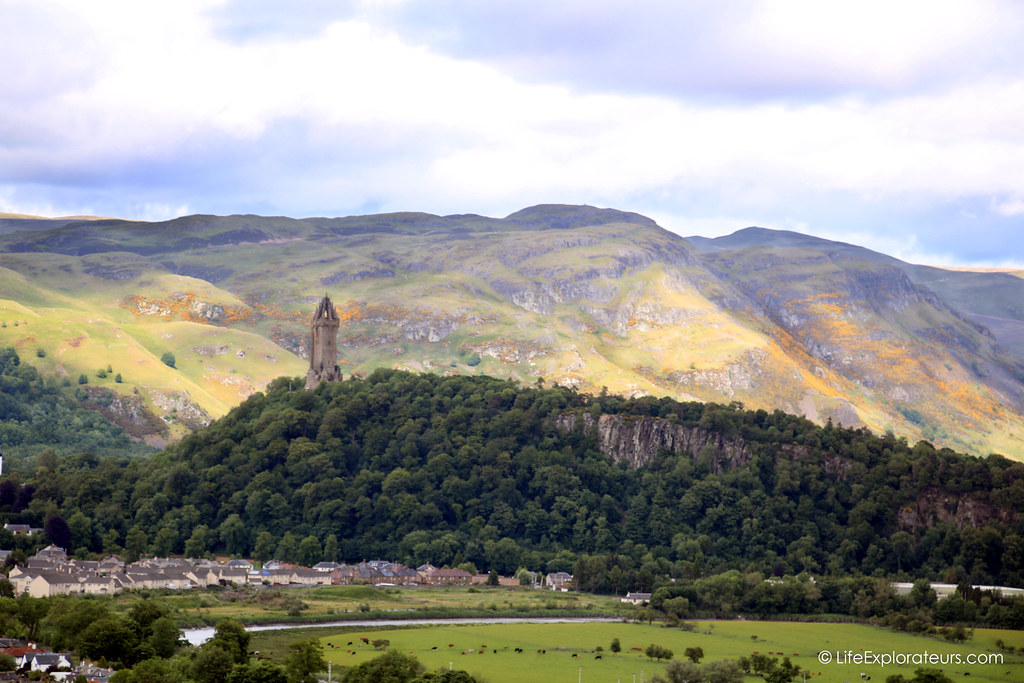 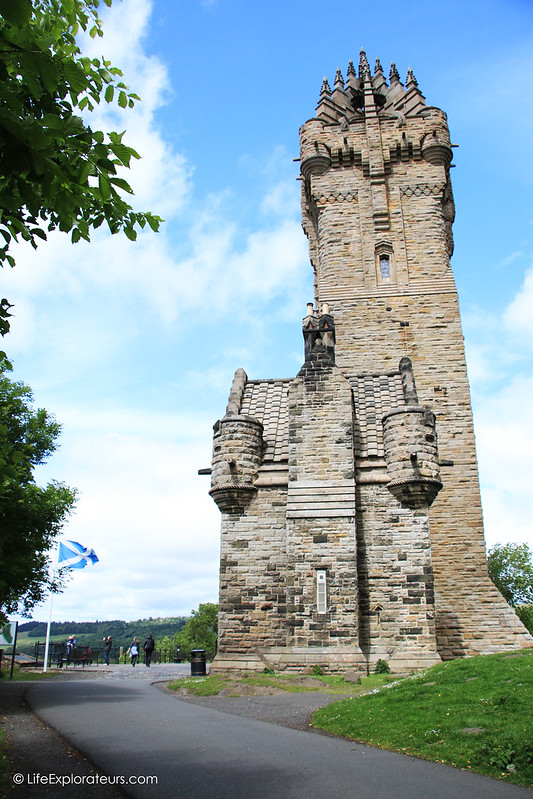 We also visited Doune Castle, which, if you are a Monty Python fan, you will recognized as the Monty Python and the Holy Grail setting… “Faites chier la vache !” The castle has also been recently used to film thescenes of castle Leoch in the TV show Outlander. 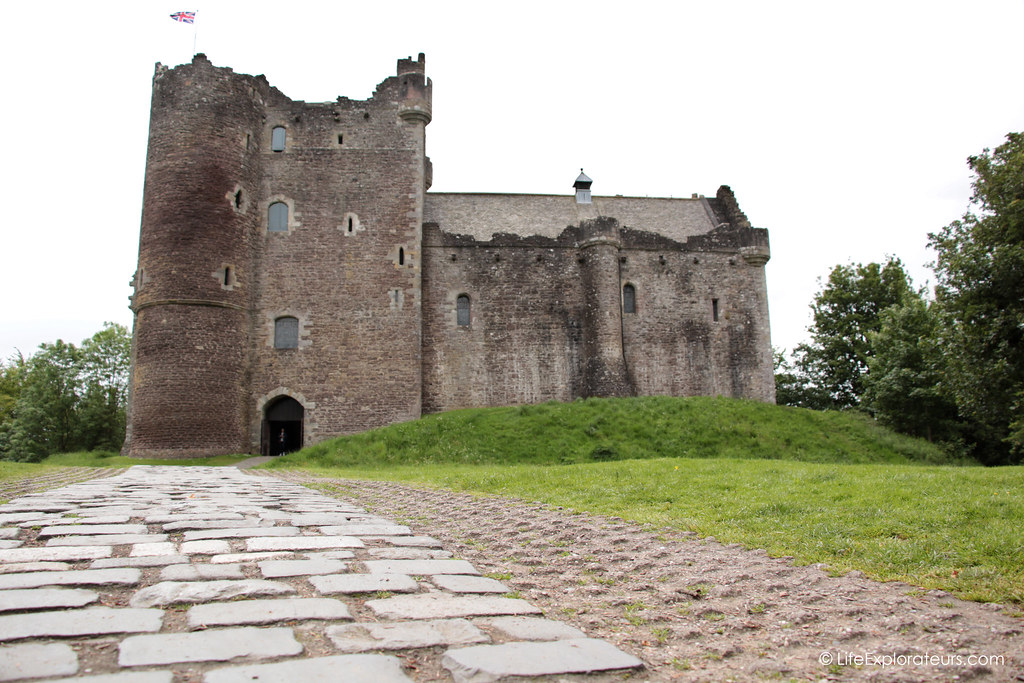 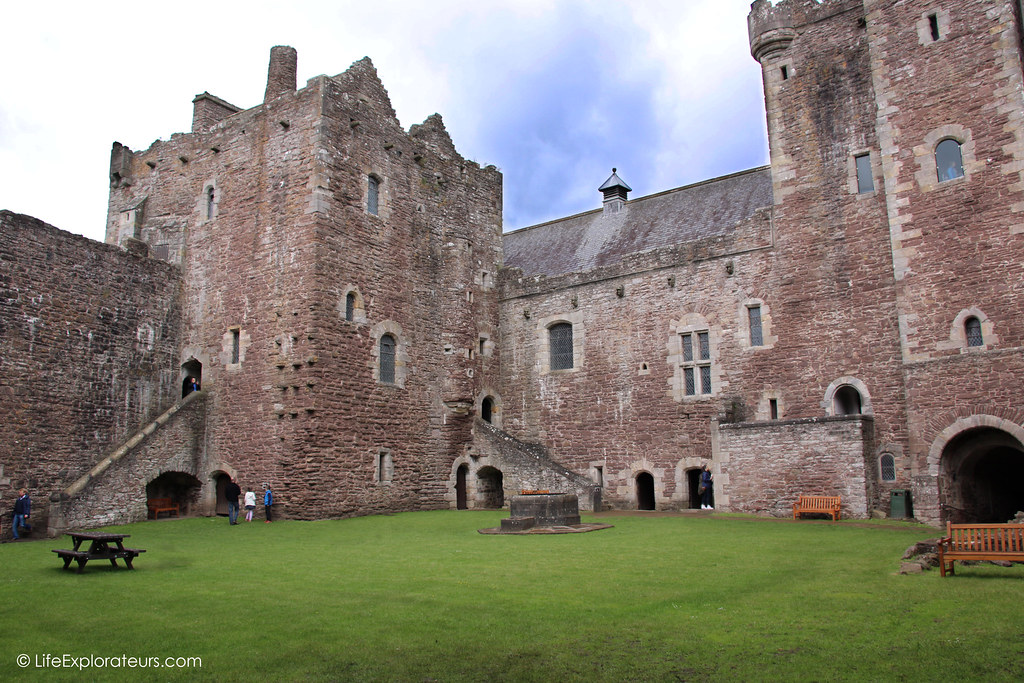 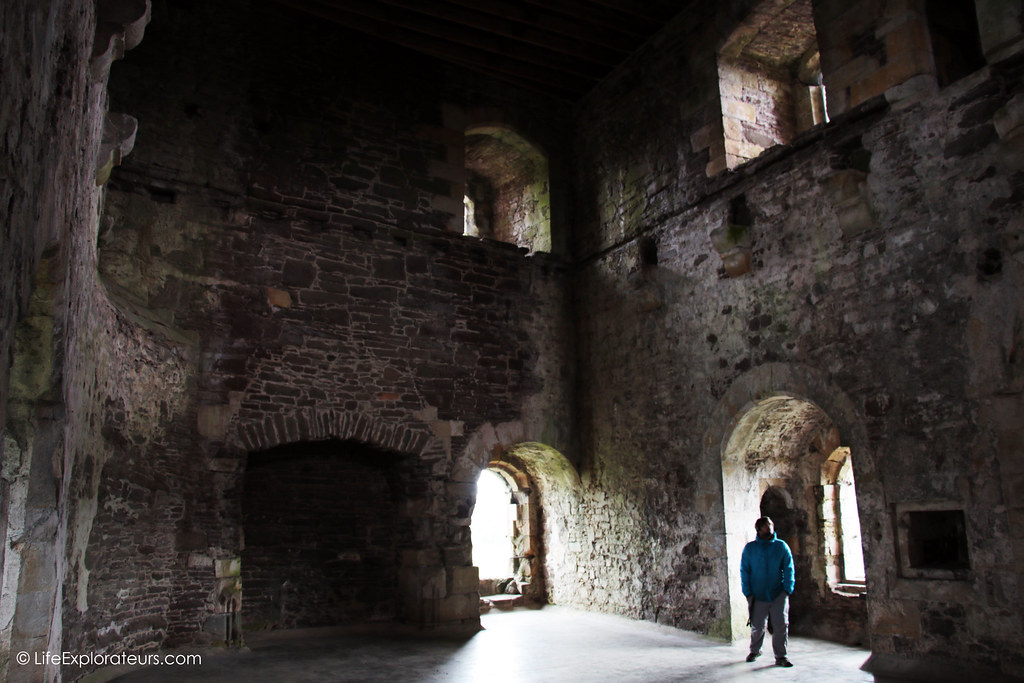 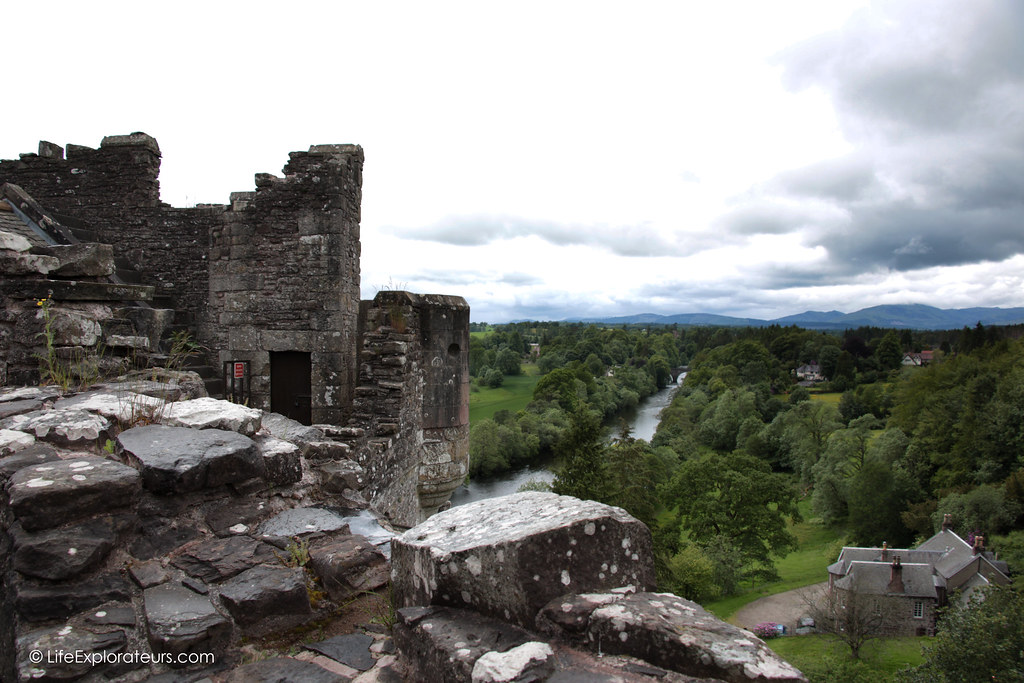 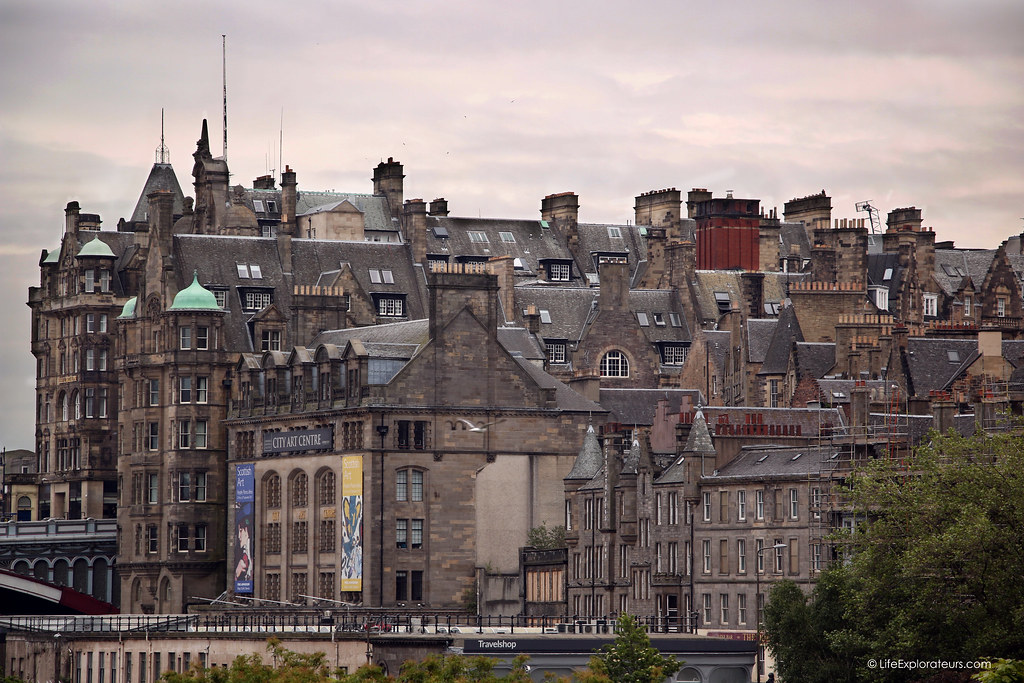 Full of ghosts and horror stories, Edinburgh is a charming administrative capital an a proud UNESCO World Heritage Site. Of course, we started with the “must dos” : the University (where Violette used to study), Greyfriars’ Bobby : Scotland’s national dog who watched over his master’s grave for 14 years, Saint Giles Cathedral, the Thistle Chapel, etc.

I particularly liked Dean Village, an old and tiny neighborhood on the riverside. 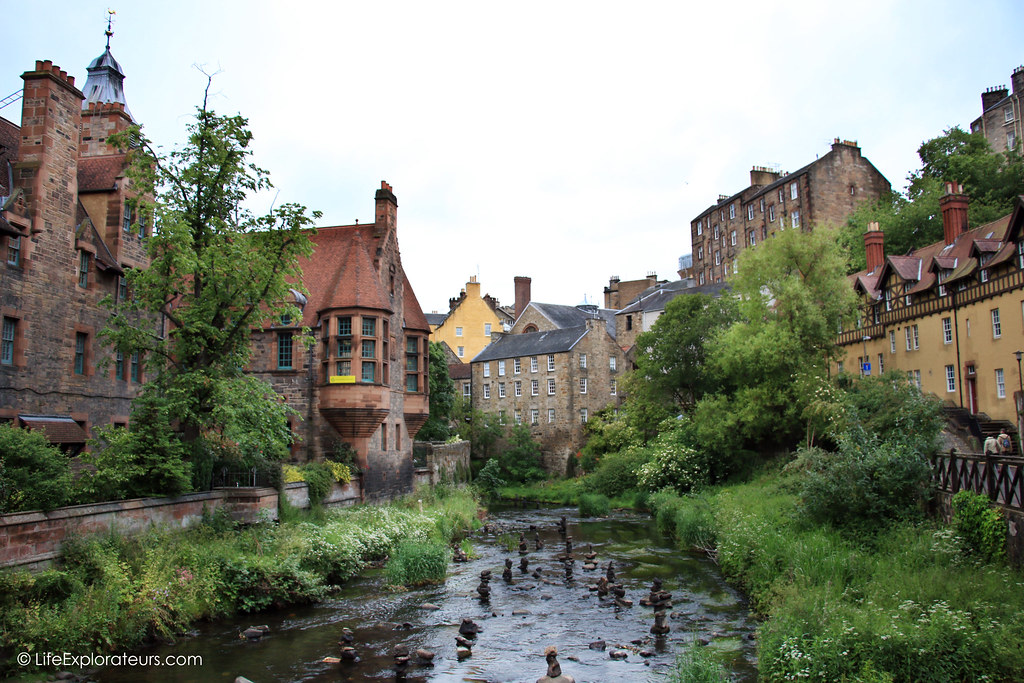 And the views from Calton Hill and Arthur Seat. 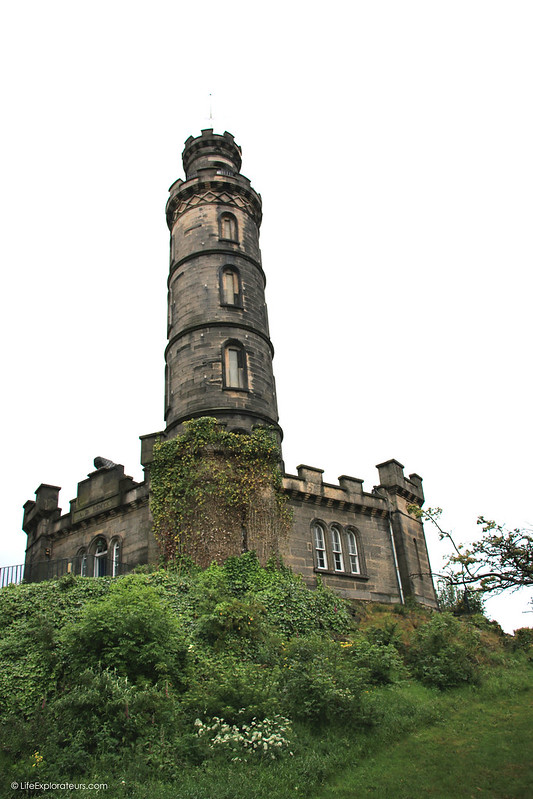 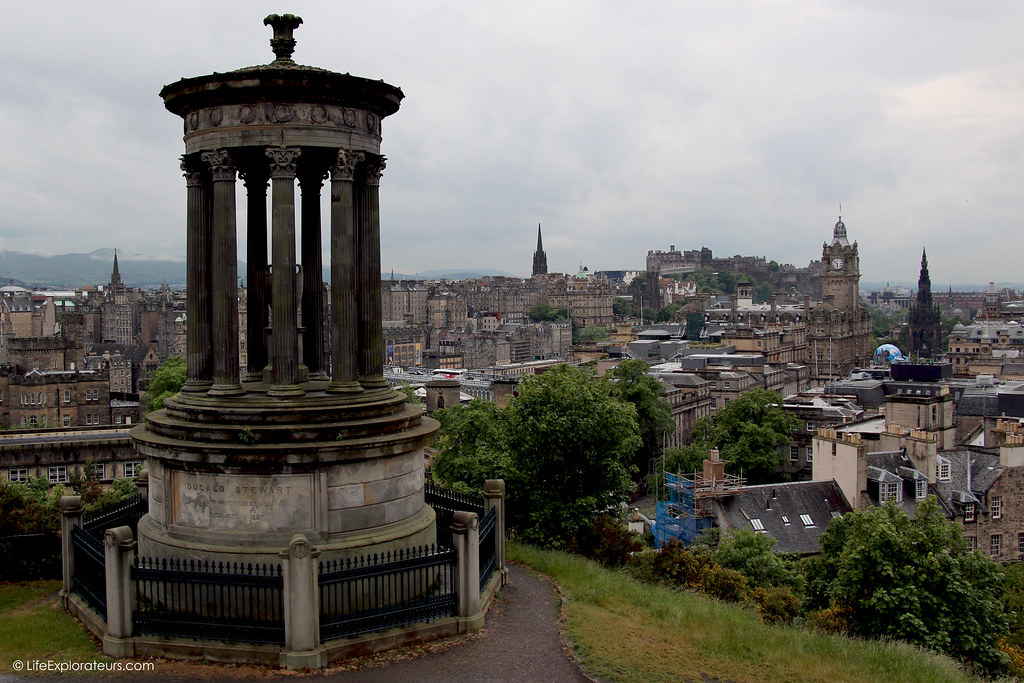 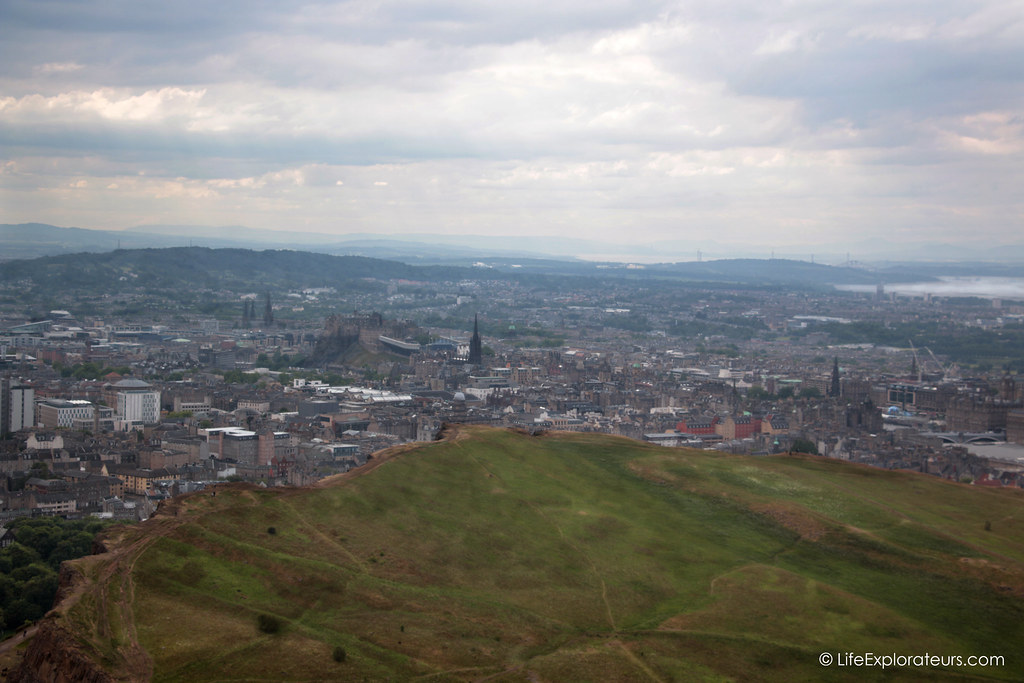 When waiting for Violette who was clothes shopping in Stockbridge (best area for charity shops in Edinburgh according to her), I stumbled upon a Portuguese cafe which does great (and cheap!) coffee & traditional dishes : ‘Cafe 33‘. 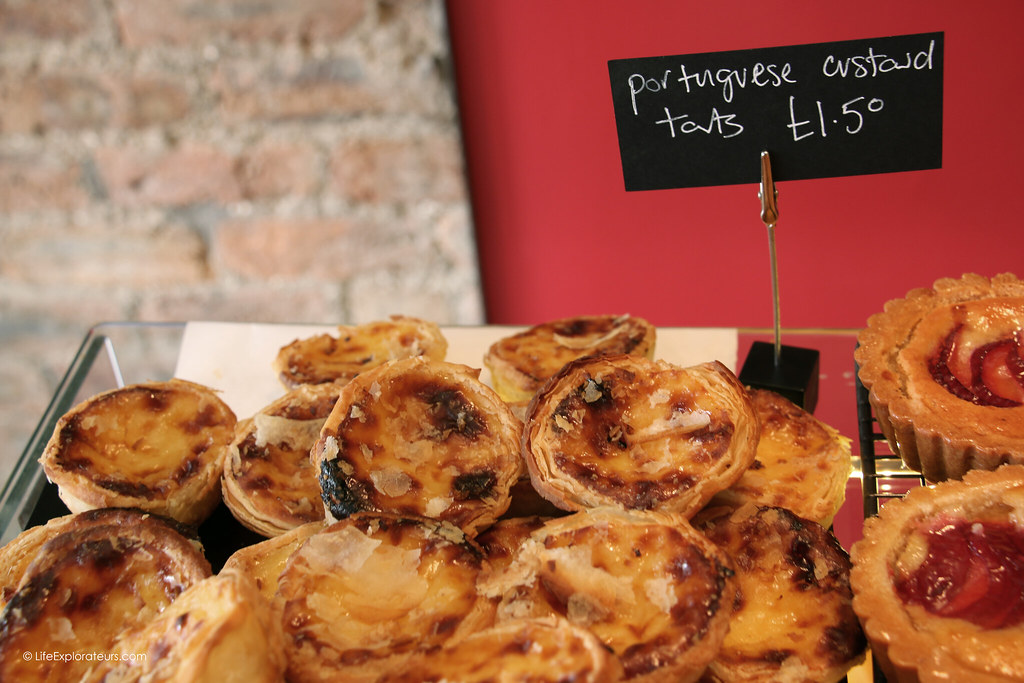 We also went to a great (and cheap again!) Indian buffet on Hanover street in New Town, advised by Gautham, our Indian Couchsurfing host. The restaurant is called ‘Ashoka‘ and they do all you can eat £6.95 lunch Mon-Fri.

We only spent 4 days in the city and it felt like a little bit too short… If we were to do it again, we would allow it a week.