In between our short stay in Tallinn and our big journey on the Trans-Siberian Railway, we ended up spending some time in Moscow, the biggest capital city in Europe and a magnificent UNESCO World Heritage Site… And we loved it !

What made the stay, once again, was our host, Maxim, and his flatmates. They took us around the city by night, brought us to cheap restaurants & bars and we ended up sharing insights about our distinct cultures, drinking beers on the riverside, very much like we would have done in our beloved Paris. 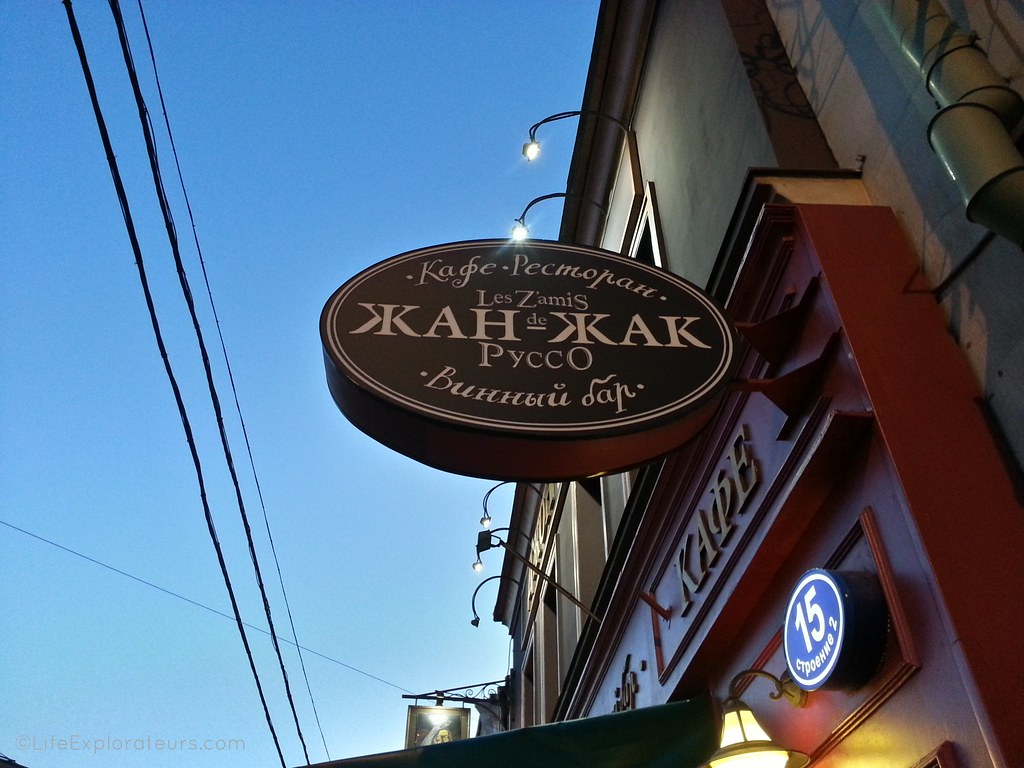 This is a French restaurant & bar we walked by, the “Jean-Jacques Rousseau’s friends” (famous French writer and philosopher), for those who can read Cyrillic alphabet… 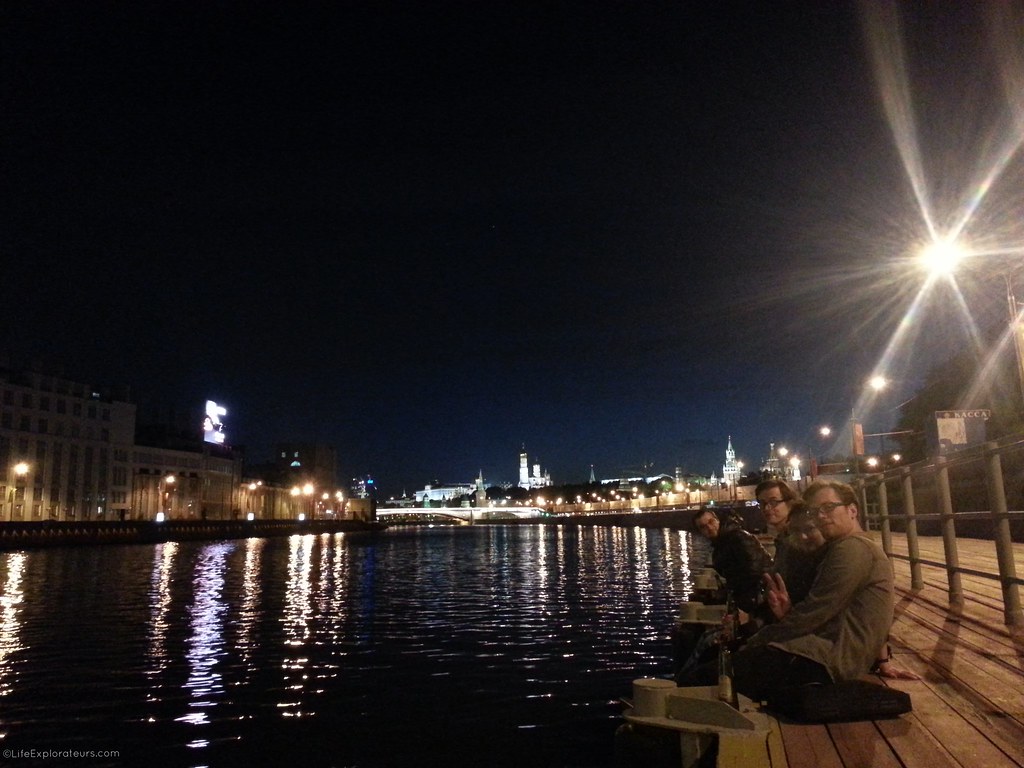 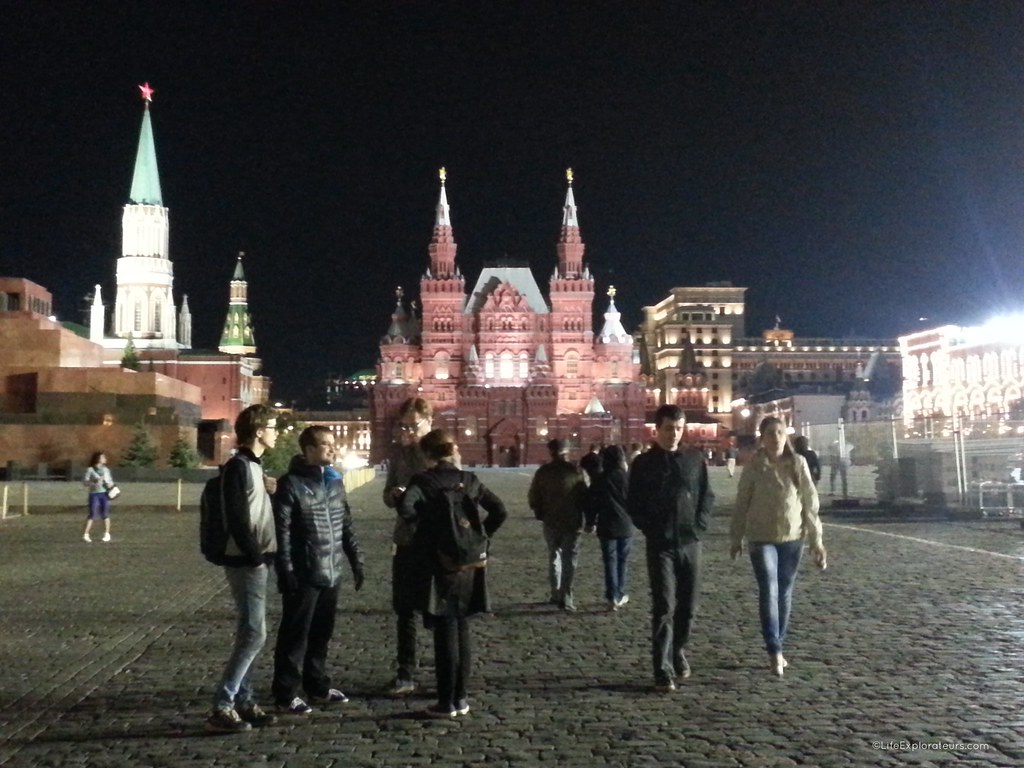 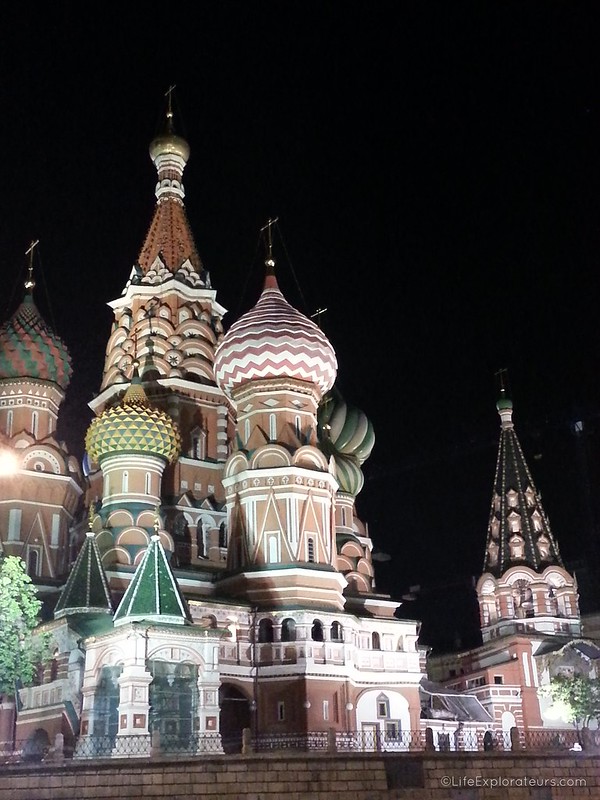 We arrived in Russia last year around Victory Day (9th of may), when Russian people celebrate the victory over NAZI Germany in 1945, it’s a huge national celebration with military parades, pretty much like the French National Day (14th of July) and the 4th of July in the US. The crisis with Ukraine was happening by then so it was very interesting to get the other perspective on the matter and to acknowledge that main stream media are not really spreading blank “news” on both Western-European and Russian sides. We felt a deep and strong nationalism going on during the time we spent there.

This graffiti says “Crimea & Russia united for ever”.

We both really enjoyed visiting the Tretyakov Gallery. Not that expensive (250 RUB – 5 € each), the gallery had a quality 19th century Russian paintings collection as well as an Orthodox temporary exhibition, that had nothing to envy to bigger museums. 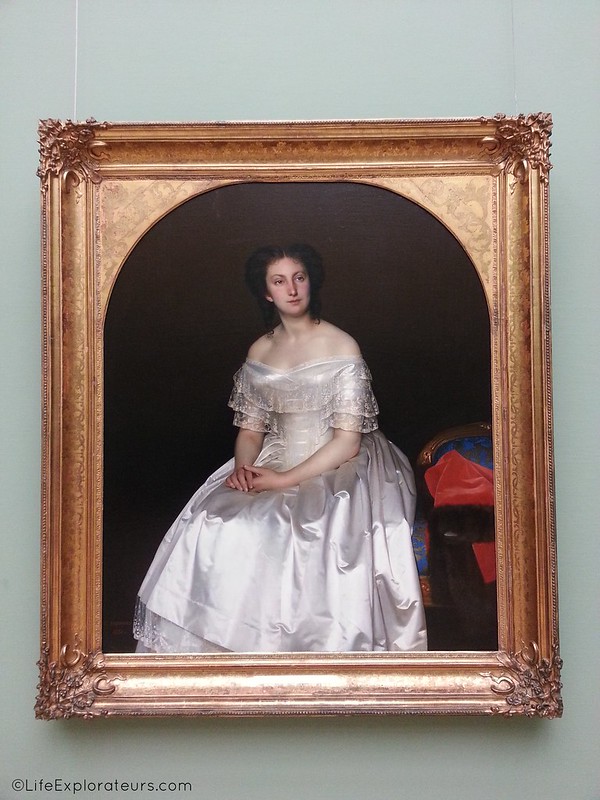 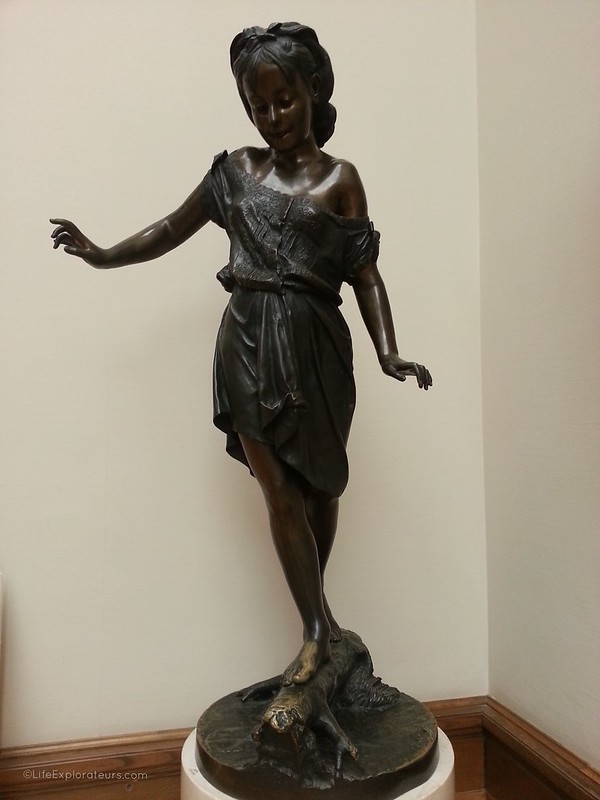 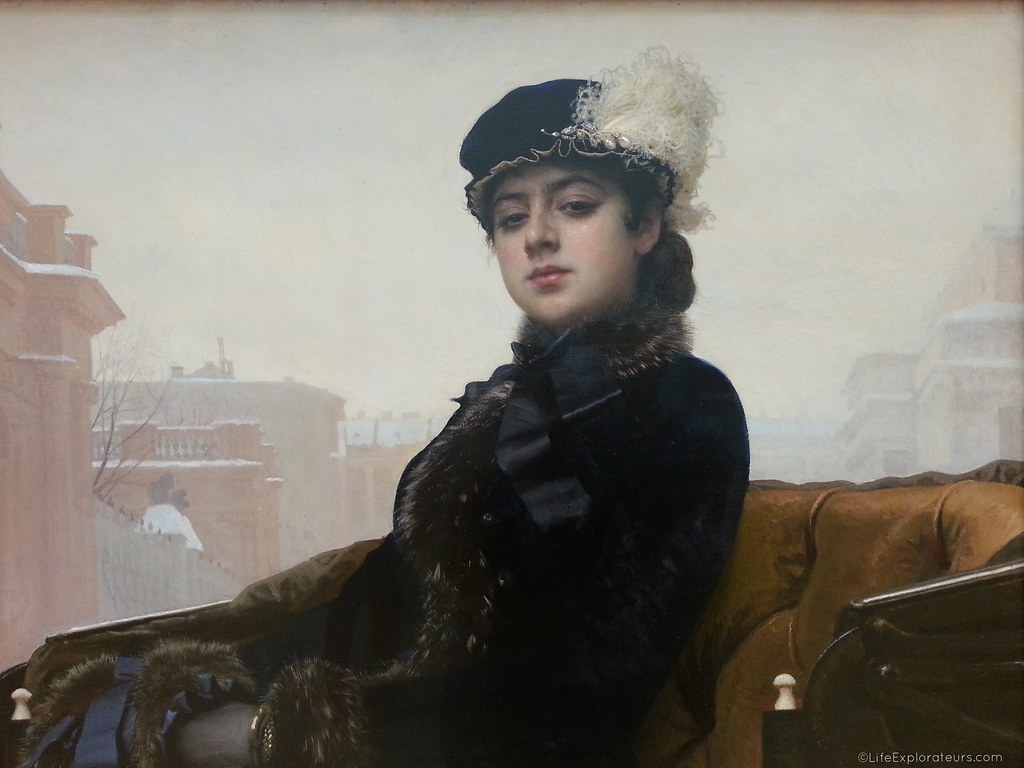 Are you looking for calm, serenity and lots of fountains ? The Gorky Park has it all ! This huge area made us feel like we were in a Northern European country and we were quite surprised to find that kind of atmosphere, there, in Moscow. 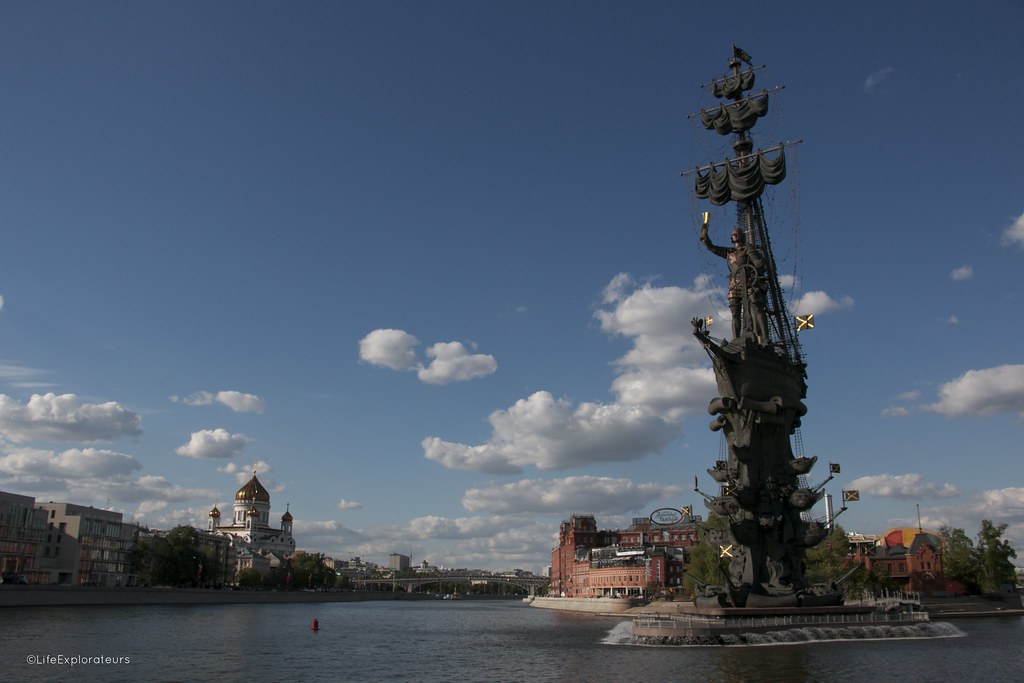 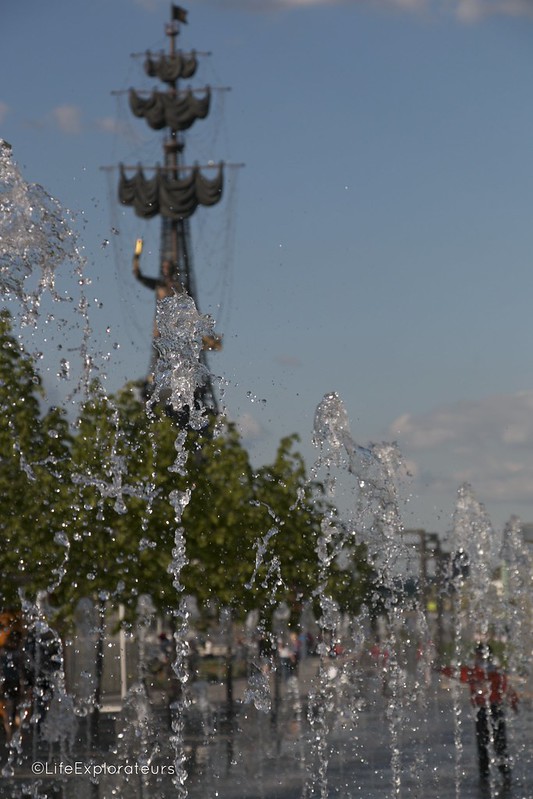 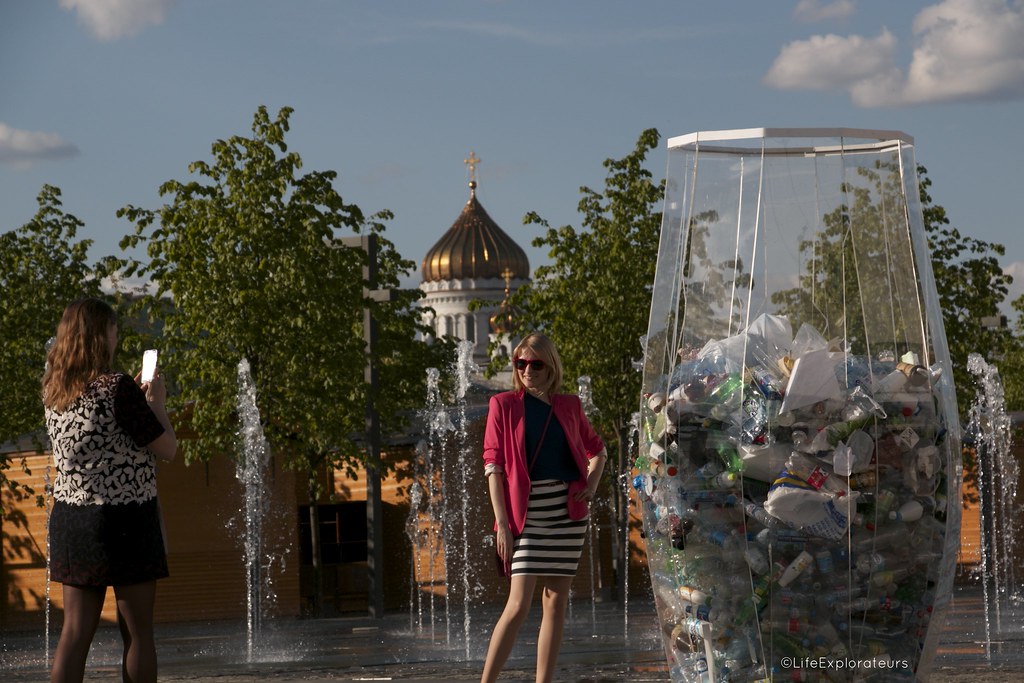 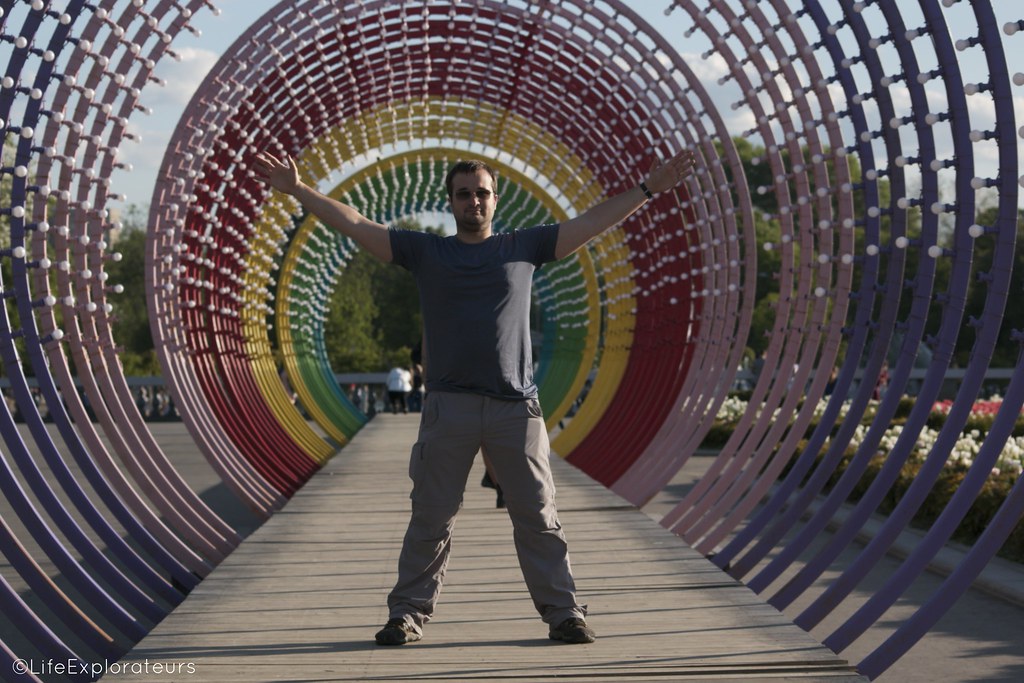 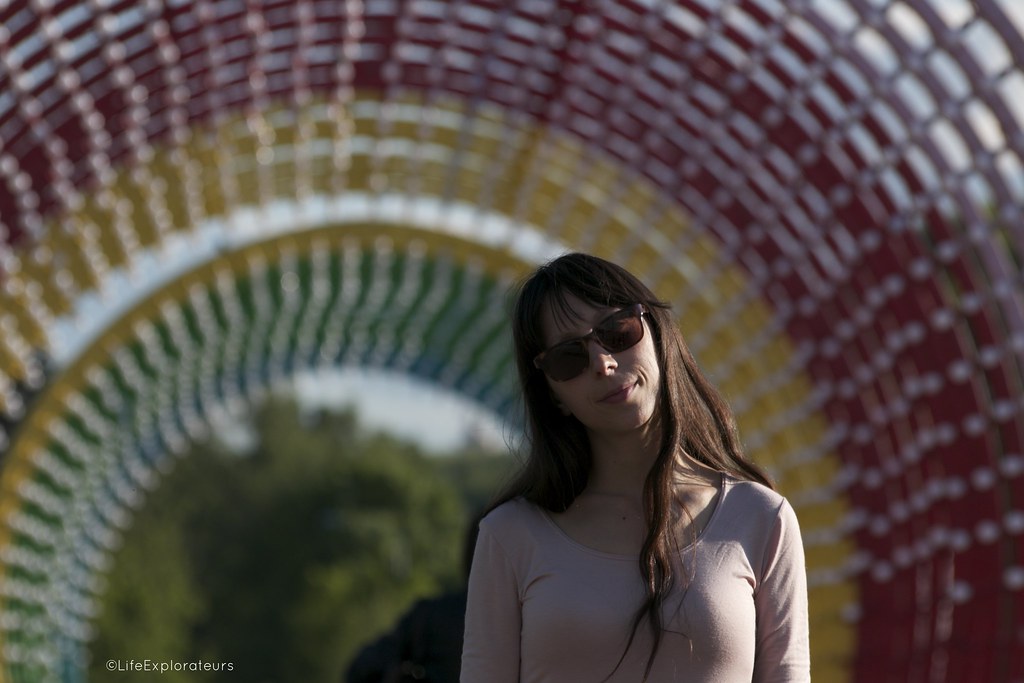 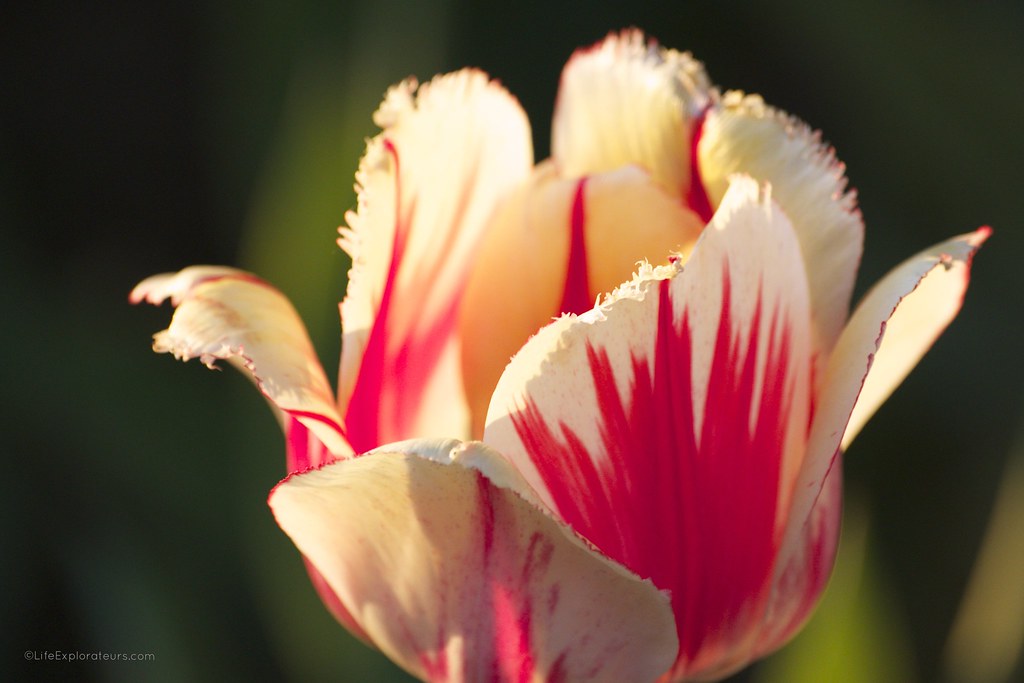 We enjoyed that massive bridge crossing the Moskva River on the Southern end of the park, where people would go up and sit to admire the view. Even though it is clearly forbidden to walk and sit on top of it, everyone seemed to do it anyway. 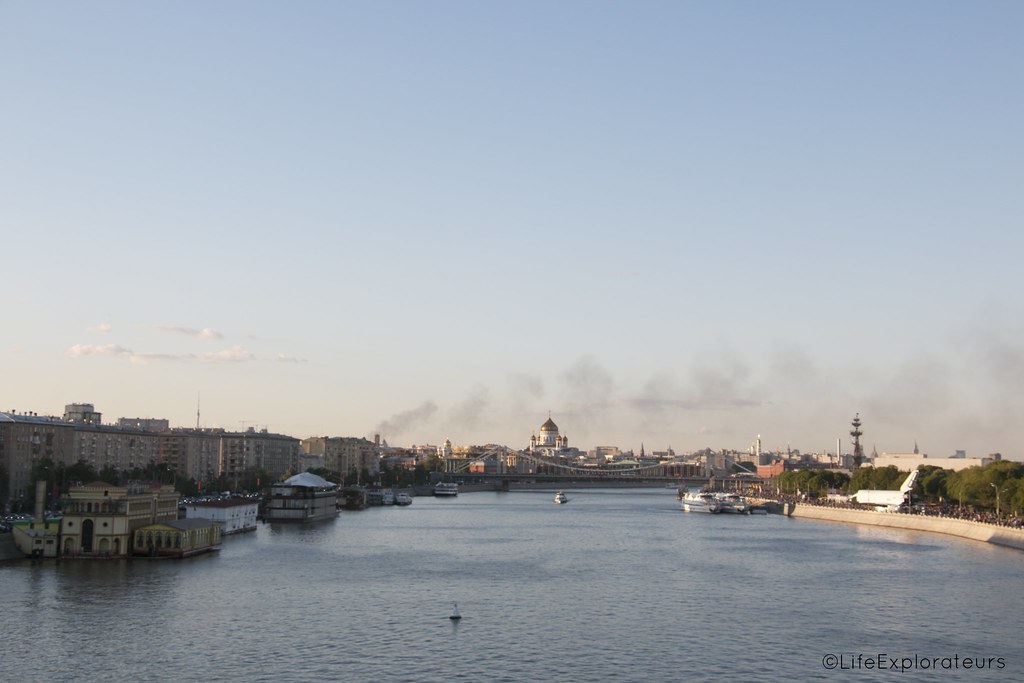 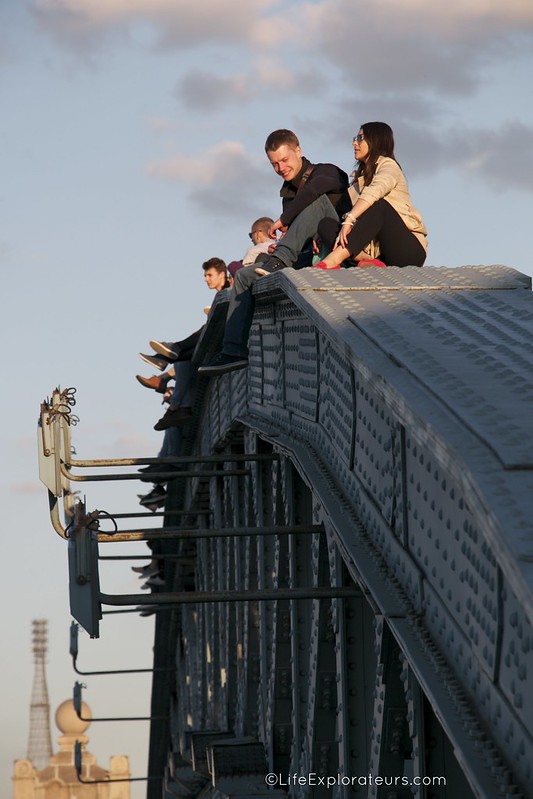 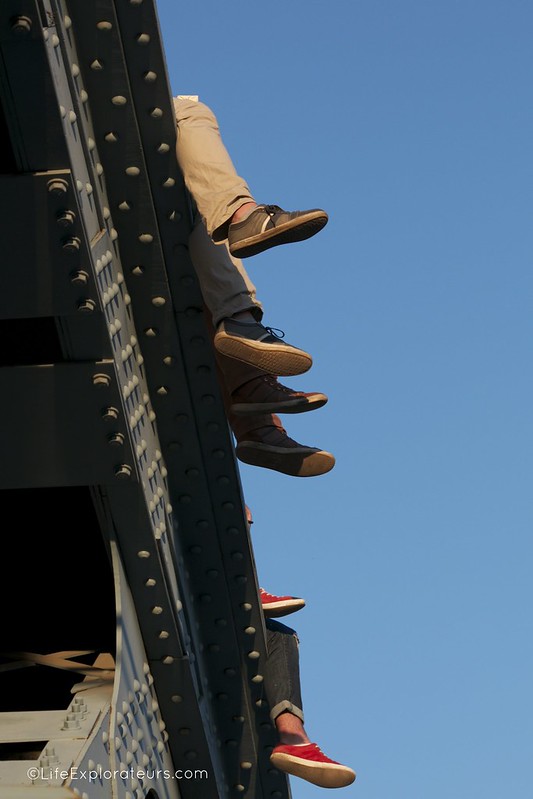 The Muscovite Metro is world famous for displaying the most beautiful metro stations… Well, it seems that it’s quite true (according to what we saw so far, at least) ! Each station has it’s own theme and is entirely decorated with marble, sculptures, bas-relief and chandeliers. A delight for the eyes and a free museum visit ! 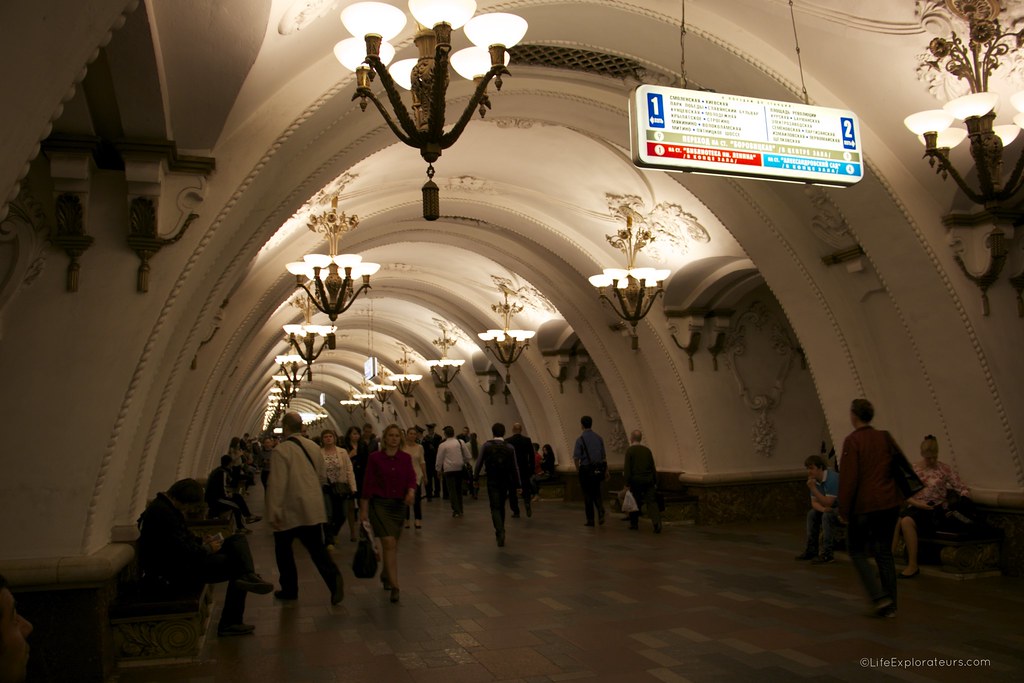 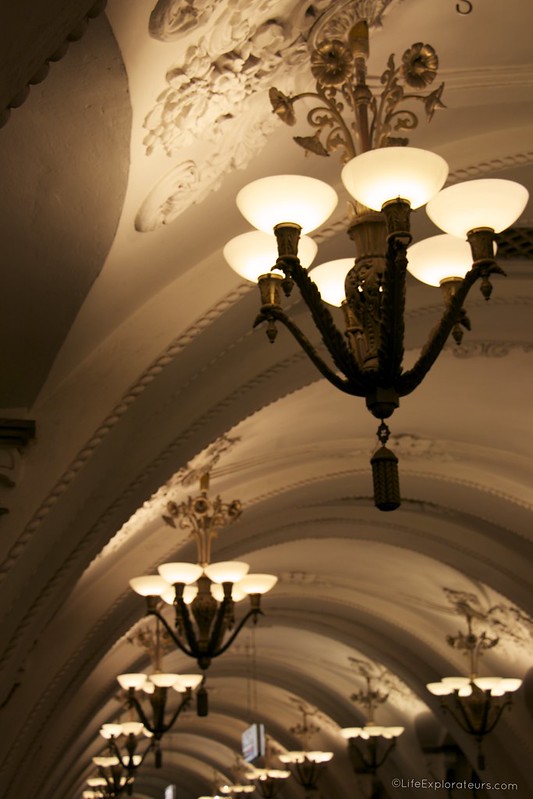 This flea Market is a well known tourist attraction, located a little further away on the North-West of the city. Has a “Disneyland style” replica of a phantasmatic Red Square, it’s quite funny to go there outside of the main opening days, to admire it’s true form without the surrounding craziness of trades and sales. 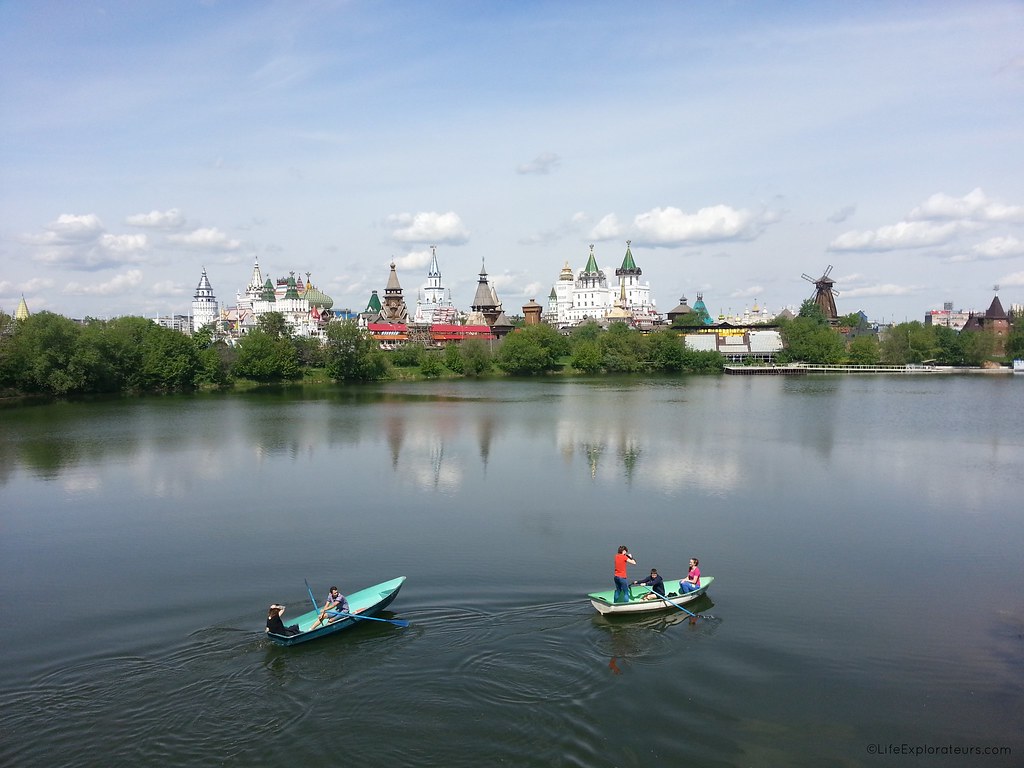 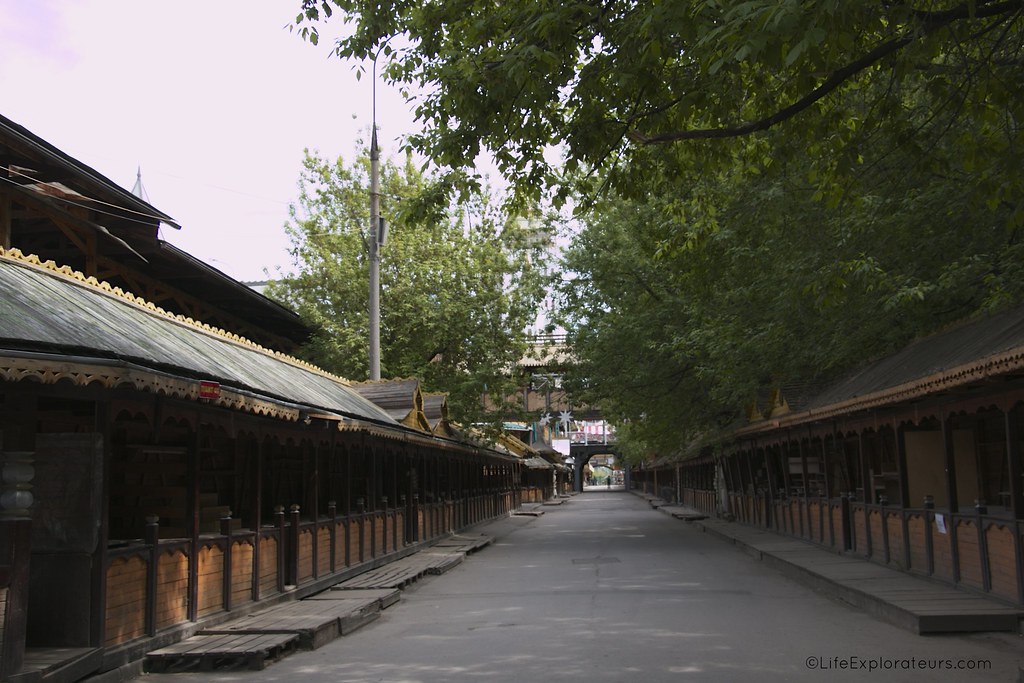 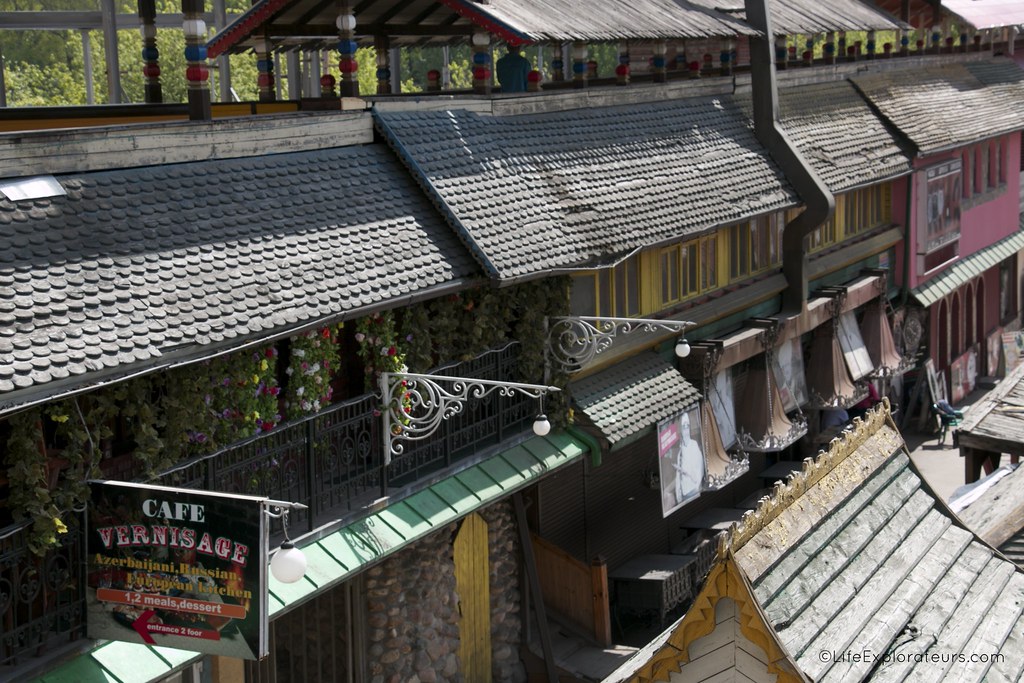 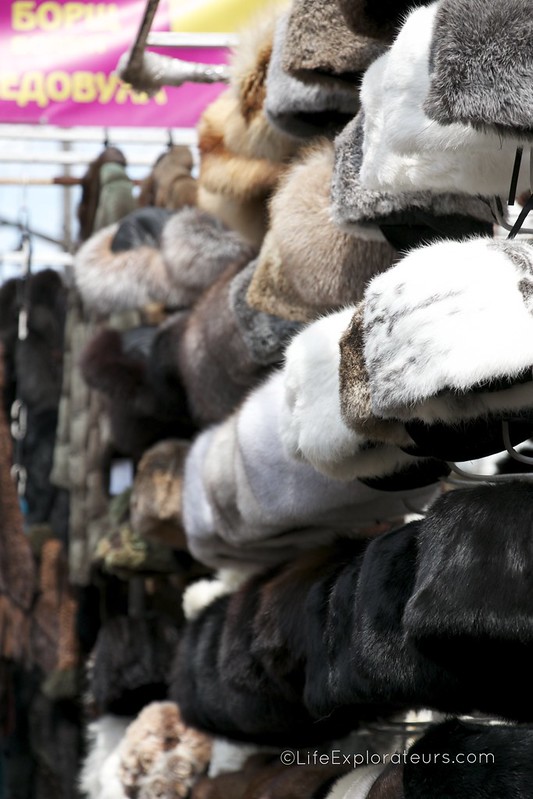 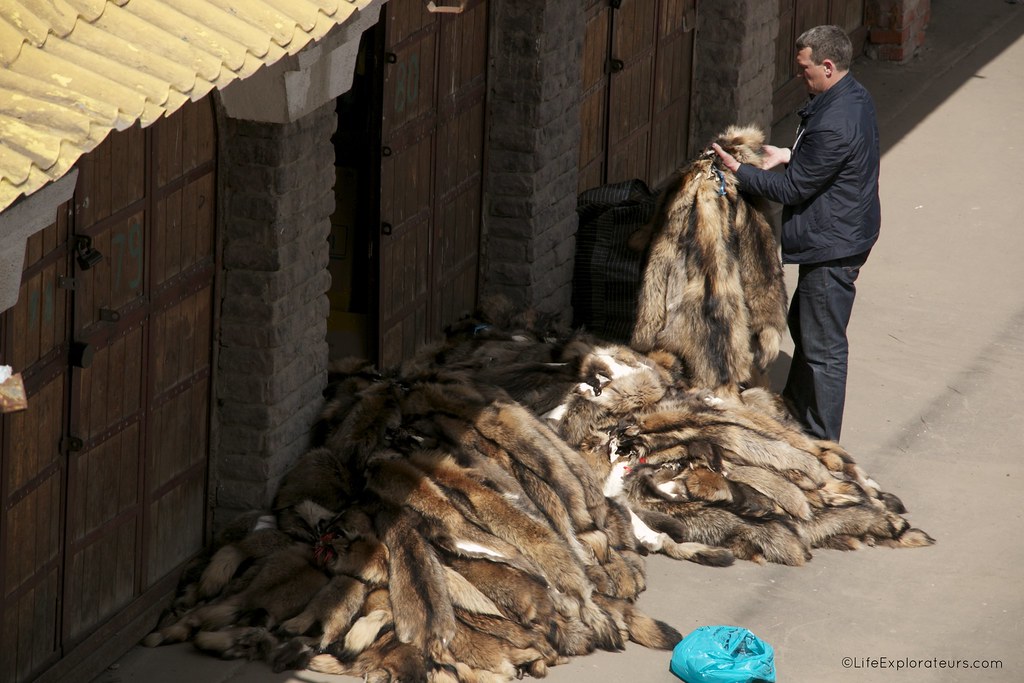 An absolute must-do ! What we’ll always remember from Moscow is not the Kremlin nor the Red Square but the cherished memory of that “Eclair” pastry we shared, with two teas, at the Cafe Pushkin (the best fancy café in town) for only 700 RUB / 14 €. This was obviously THE BEST PASTRY WE EVER HAD ! And don’t forget we’re French, which means we had the opportunity to try quite a lot of very crafted pastries. There’s a Café Pushkin in Paris, but prices are not likely to be same… 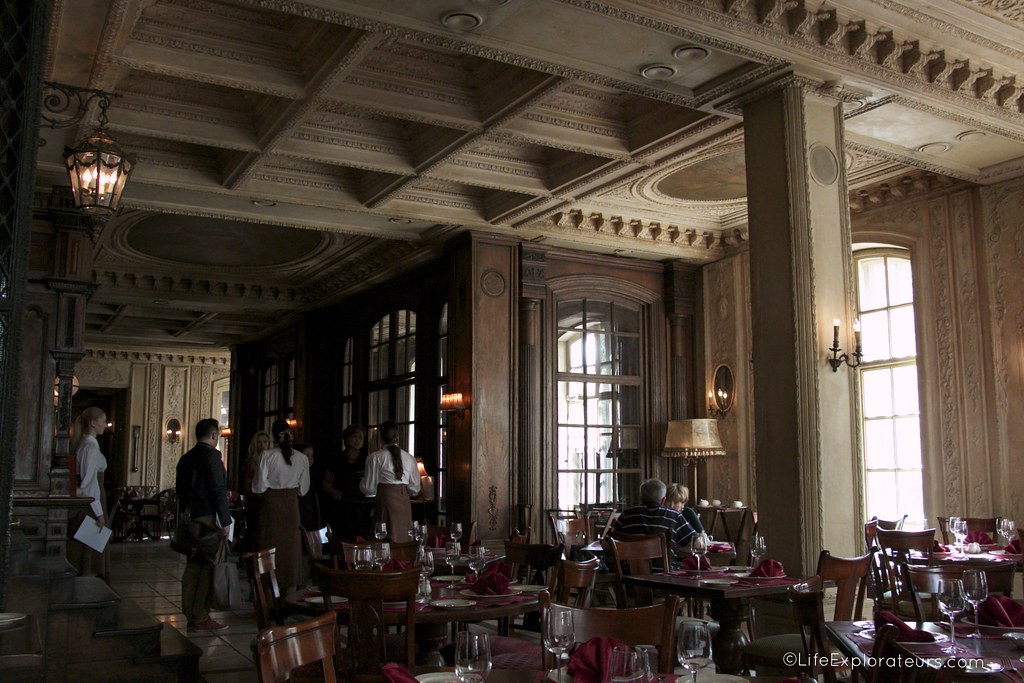 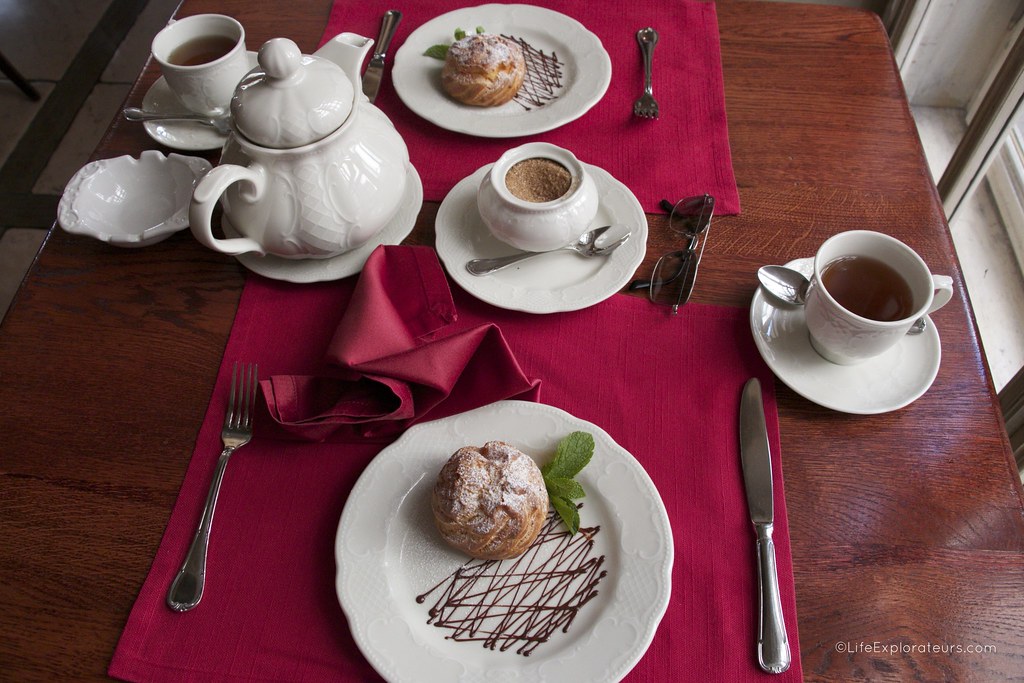 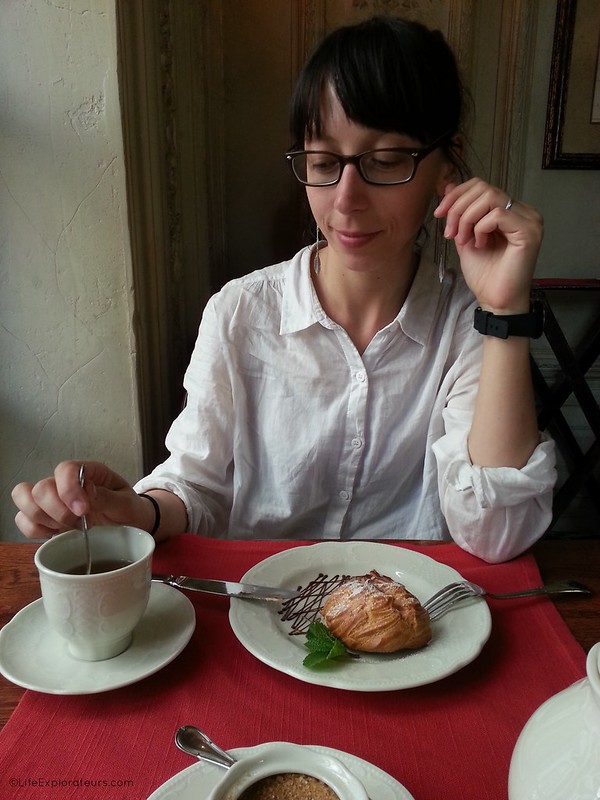 Here you can read true happiness on Violette’s face…

The Kremlin & the Red Square are absolutely massive and pretty cheap with the student fare, if you don’t want to rush it you should give it two days. The gardens are gorgeous, the good quality collections of the museums are very wide and the numerous churches are both beautiful and impressive, so these must-dos are definitely worth your time and money. 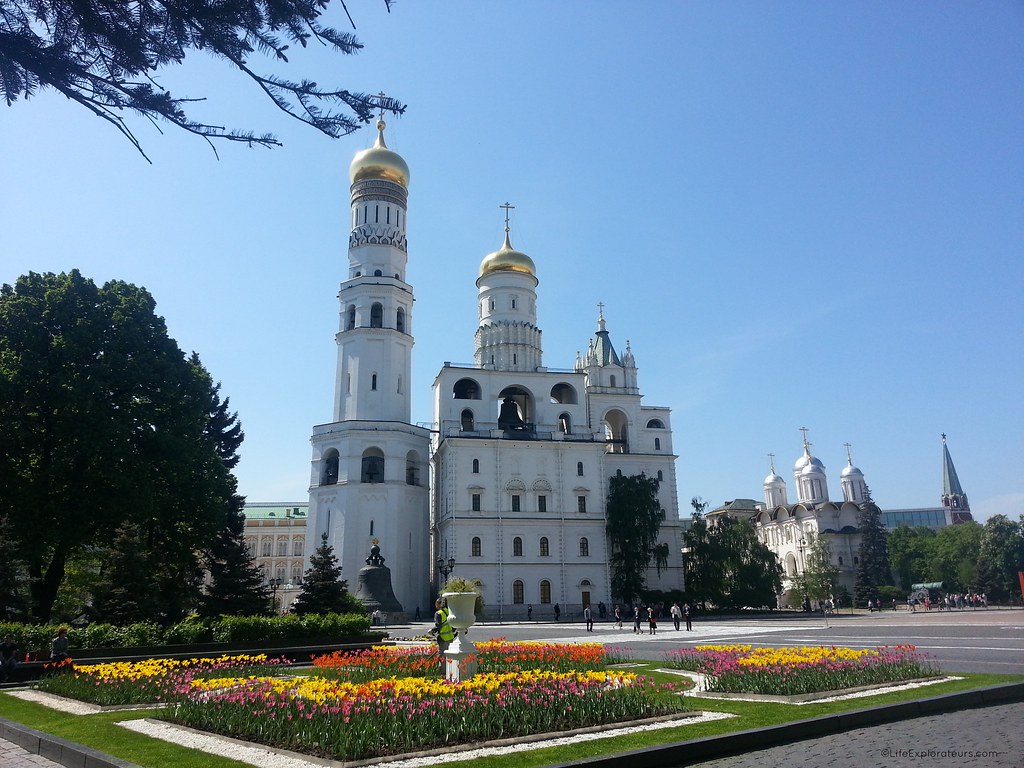 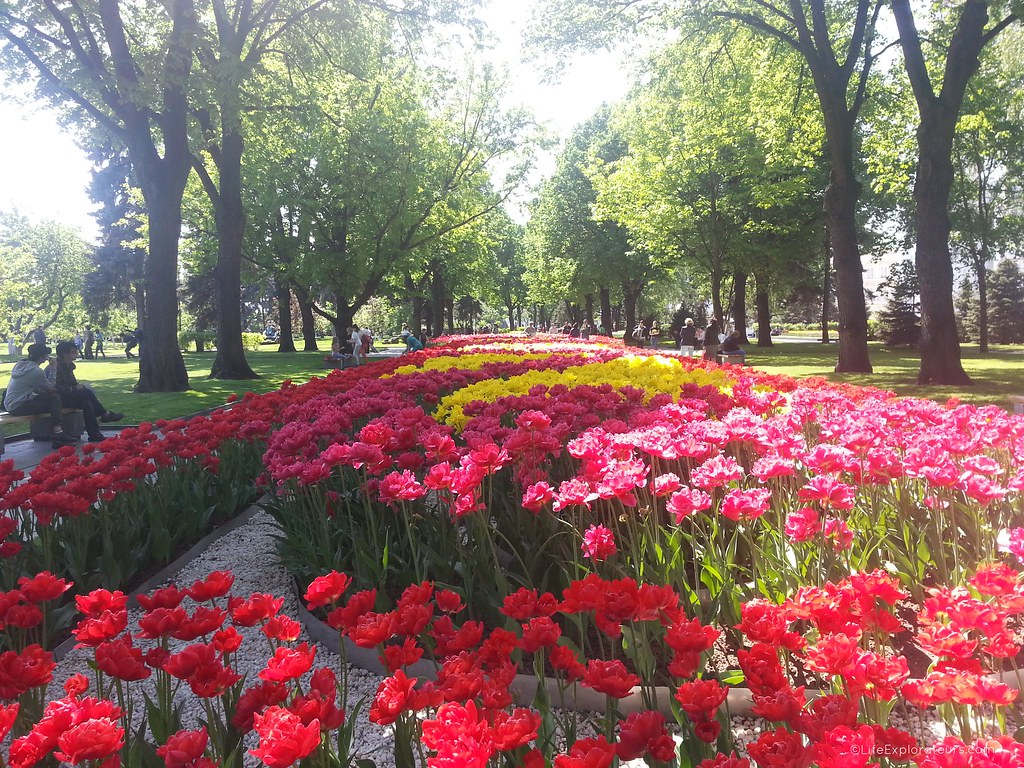 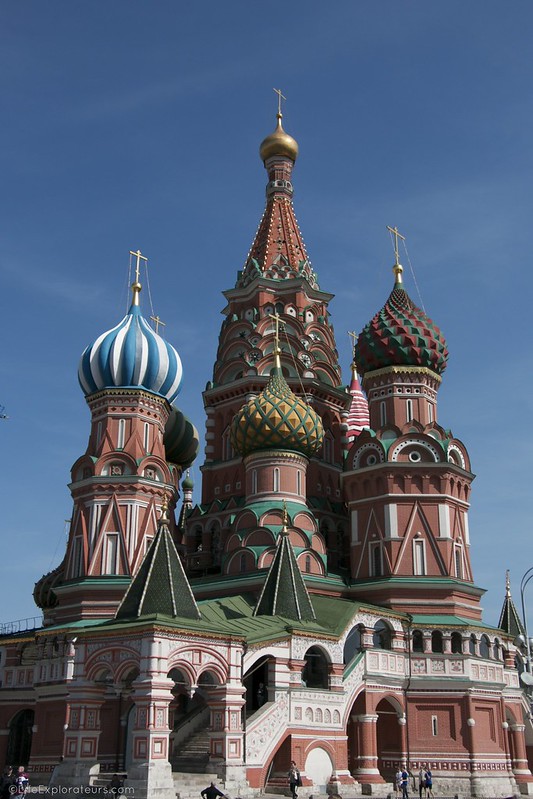 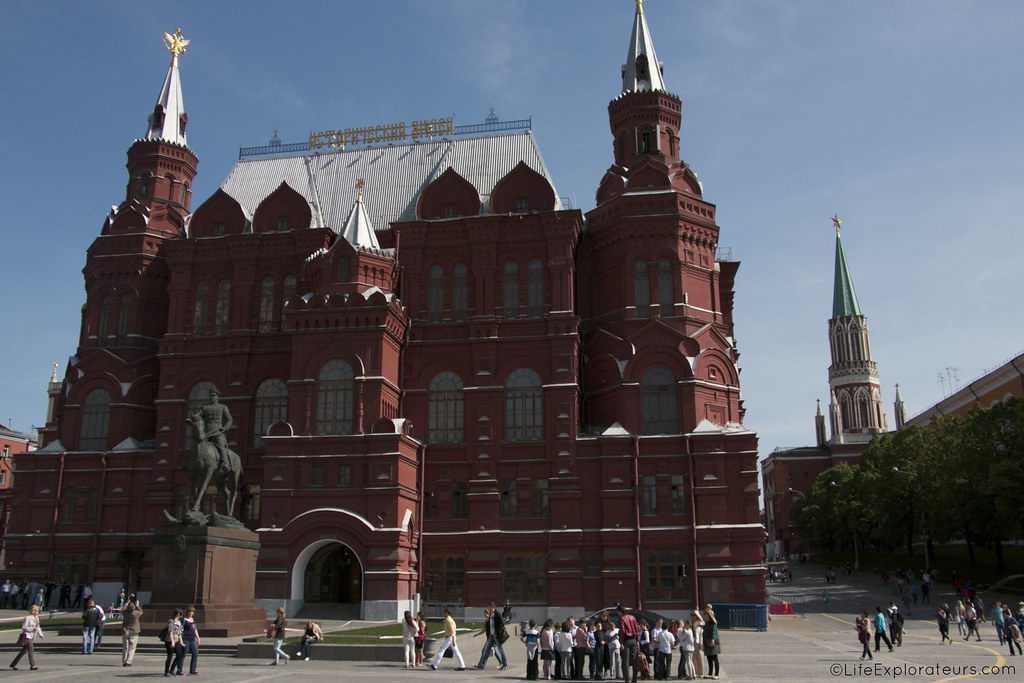 We really liked our stay in Moscow and found good vibrations in what we saw. It’s definitely a nice place for a week get away, our stay felt a little bit rushed as there were still a lot to visit and experience, but we were craving on taking the Trans-Siberian Train to Irkutsk & the Baïkal Lake…

Is Moscow your next destination or have you been there ? Share your experience in the comments below !